Trending
You are at:Home»Gadget News»Should you wait for the iPhone 5 or buy the iPhone 4S now?
By Gadgetman on Feb 20, 2012 · Gadget News

Apple has quite a lot of things planned for this year – along with the release of the new MacBook lineup (which is supposed to be comprised of ultra slim laptops throughout, from the smallest 11 inch model to the biggest 17 incher), Mac OS X Mountain Lion, new version of iOS and the iPad 3, they will also be releasing the iPhone 5, which is definitely the most awaited smartphone this year. 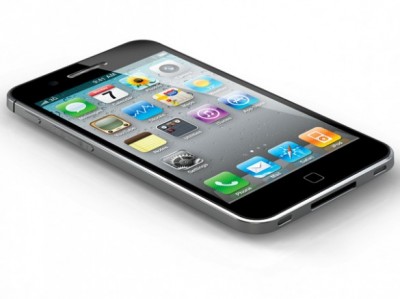 The iPhone 5 will have a few changes and improvements, but judging by the rumors and leaked information, they won’t be nearly as big as a lot of fans have been expecting. If you’re in the market for a new smartphone, the big question right now is, should you wait for the iPhone 5 or just get the iPhone 4S?

What will the iPhone 5 bring to the table?

There are plenty of rumors surrounding the iPhone 5 at this moment, and while none of them are confirmed, we can be pretty sure that several of them will turn out to be real. So far, it looks like the iPhone 5 will have a bigger 4 inch display (the resolution will most likely remain the same at 960×640 pixels), support for 4G data speeds, an 8 megapixels main camera with support for 1080p video recording, a new, faster dual core or even quad core processor, 1 GB of RAM and a multi core graphics adapter. All of these specs are great; however they do not bring anything new to the average user. I’m sure that Apple will find a way to make the iPhone 5 more desirable with some software incentives, though (like they did with Siri for the iPhone 4S).

Is the iPhone 4S outdated?

The iPhone 4S is still a very nice smartphone, and it won’t be outdated or even out of style for a long time (well, unless you’re a “gotta have the latest stuff” kind of person). Its dual core processor is more than enough to run any kind of apps and games, plus the 3.5 inch display with a 960×640 pixels resolution still has no match besides the more expensive Super AMOLEDs on Samsung devices. The iPhone 4S also has an 8 megapixels camera with support for 1080p video recording and even with 512 MB of RAM under the hood, it’s still more than good enough to run smoothly no matter what apps you open.

Should I wait for the iPhone 5?

According to some screenshots from an online store, the iPhone 4S will cost only $99 with a contract after the iPhone 5 (which will cost $650 without a contract and unlocked) hits the market. This mirrors the situation with the iPhone 4 exactly, and many people got it at a bargain price. If you’re in no hurry to upgrade, waiting for the iPhone 5 to hit the market so you can get the 4S can save you $200 – not bad for several months of patience.

But if you need a phone right now, you can go for the iPhone 4S without fearing that it would be overshadowed by the iPhone 5. Another solution (if you have the iPhone 3GS or another brand entirely) is to get the iPhone 4 for the current low price and make sure you can exchange it for the 4S in half a year – that would save you the most money and you’d get the best deal. In the end, it’s up to you to decide.