Trending
You are at:Home»Gadget News»The Xappr: Laser Gun for Your Phone
By Gadgetman on Feb 3, 2012 · Gadget News 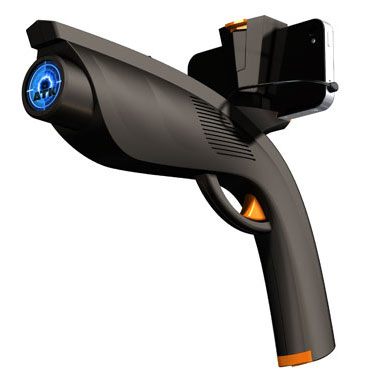 Smartphone owners thrive in all different areas of the world and who can blame them; it seems as though the smartphones can do just about any and everything. However, a smartphone does not typically look like a gun which is where the Xappr comes in handy. With the Xappr, the iPhones and Android will be able to operate much like a laser gun.

The company that is producing the Xappr says that this laser gun accessory will work for iPhones, Androids, and Windows handsets and that it will be available in June. However, those who are interested in pre-ordering the gadget ahead of time can go ahead and do so. The cost of this laser gun will be about $30 and shipping to individuals in the United States will cost nearly $15, totaling about $45.