Trending
You are at:Home»Gadget News»50 percent of US phone owners have smartphones, more likely to have Android
By Gadgetman on Mar 30, 2012 · Gadget News 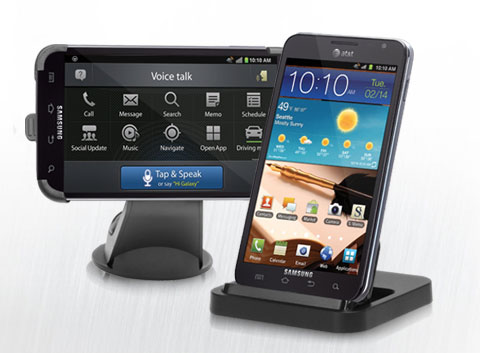 The first quarter is almost over and you know what that means for Nielsen – time to report how Android and Apple have been doing. The war between the two largest competitors in the smartphone industry is far from over, and I don’t think it ever will be unless Windows Phone shakes things up. Though, that might not happen with the recent Smoked by Windows Phone controversy. Nielsen compiled market research data from the last three months and based on their findings, Android still rules the US market – but only by a little.

The market data analyzed by Neilsen covers December 2011 until February 2012. 48 percent of people who got smartphones within this period got an Android. Apple got the second largest slice of the pie when 43 percent of buyers got an iPhone. RIM got a 5 percent market share and the remaining 4 percent of buyers purchased phones running other mobile OS, including Microsoft’s Windows Phone.

As of February 2012, most Americans own smartphones running Android – 48 percent to be exact. 32 percent own iPhones, 12 percent have Blackberries, and 8 percent have phones running mobile platforms other than the aforementioned. On a different note, the number of Americans with feature phones continue to decline and as of last month, numbers are split. Fifty percent of US mobile subscribers now own smartphones, a 12 percent increase compared to last year.

Nielsen’s report is more accurate than Pew Internet. Earlier this month, Pew Internet said more than half of US phone owners had smartphones. In reality, less than 50 percent of surveyed Americans had smartphones though it was still more compared to those who owned feature phones. 6 percent of the people they surveyed didn’t own a phone and that’s where they got their numbers from. It’s only a matter of time before more Americans actually own smartphones though. Given Nielsen’s report, Android will most likely remain on top when that happens. Then again, the new iPhone is due this fall and that could threaten Android’s current position on American soil.

So, are you betting on Android or Apple?