Trending
You are at:Home»Gadget News»Malware alert: Flashback trojan found in more than half a million Macs worldwide
By Gadgetman on Apr 5, 2012 · Gadget News 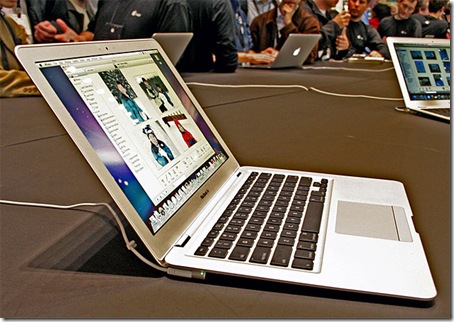 For years many people thought Macs don’t get viruses and malware. At some point that must’ve affected your decision for choosing a Mac over a Windows PC. The notion is that hackers target Windows PC more since it’s the most widely used computer OS – which turned out to be true of course. Despite this irrefutable truth, it doesn’t make Macs any more protected. That myth was dispelled today when a malware called “BackDoor.Flashback.39” was discovered in more than half a million Macs worldwide.

What exactly is a malware? Malware stands for “malicious software” and was designed to gather sensitive information from your computer without authorized access. Malware can pick up your name, passwords, address, and account information because a virus capable of exploiting vulnerabilities tags along with it. The gathered data is then transmitted to an outside source and hackers could make use of that to make transactions without your knowledge. In a worst case scenario, they could hijack your personal accounts completely.

Early this year, a trojan horse virus called “Backdoor.Flashback.39” was discovered. Since then, the devs behind it have been constantly tweaking it to change their tactics and exploit more vulnerabilities. A recent report by Dr. Web suggests it now affects at least 600,000 Macs from all over the globe – an alarming number that clearly debunks the myth that Macs are virus-free. The Russian antivirus maker says Flashback exploits a Java vulnerability present in OS X. This vulnerability allows Flashback to intercept private data such as passwords and are then sent to whoever made the malware via the internet.

Backdoor.Flashback.39 also affects Windows PC but Oracle already released an update last February to prevent it from gathering any more data. Apple followed shortly and released a Java update to patch up the vulnerability. Even so, Flashback might still be hiding in your Mac placing your security at risk. There’s no easy way of detecting the virus but F-Secure prepared a guide to help you check your Mac for the virus and remove it altogether.