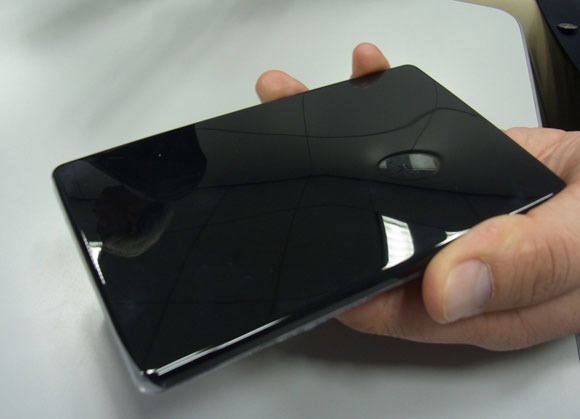 Corning Gorilla glass is often touted as scratch-resistant. If you dare to scratch Gorilla glass with car keys, you’d be impressed by how tough it is. But just as Superman has weakness to kryptonite, Gorilla glass is weak against an unavoidable force of nature – sand. Yes, the smallest bits of sand can ruin your display and once it happens, your device is forever scarred. From buffing to using toothpaste and car scratch removers, smartphone and tablet owners post their versions of “fixing” the problem and removing scratches. Though not perfect, these solutions minimize scratches on Gorilla glass to a bearable state. To avoid scratching your Gorilla glass display, using a screen protector is still the best option. The self-repairing screen protector developed by Toray seems to be a promising technology that offers a permanent solution to this dilemma.

Fact is, screen protectors easily get scratched. You’d have to replace it often because the more scratches it gets, the more unreadable text gets and the display becomes less vivid. All that is about to change now that Japanese company Toray developed a self-repairing screen protector. The film is capable of healing itself in as little as 10 seconds whenever it gets scratched, keeping you from having to replace it frequently and sparing you from unexpected replacements and expenses.

Self-healing films aren’t new technology. Toray has been making them for laptop casing and large devices. But this is the first time that Toray is making them for actual screens. At room temperature, the film repairs itself from minor scratches within 10 seconds. In addition to its self-repairing property, the new touchscreen film is also flexible and won’t crack or peel. It also allows as much as 90 percent of light to pass through so bright display is maintained. Toray has put their latest product under a “stress test” and it doesn’t exhibit signs of degradation in performance, even after 20,000 cycles of scratch repairs. Now that’s one tough film.

The film is not yet available on the market but will be put on display next week at the Highly-functional Film Technology Expo in Tokyo, Japan. We’re looking forward to this great technology to help keep our Gorilla glass smartphones and tablets scratch-free. Until it becomes available worldwide, we’re left with no choice than stick with our current screen protectors. Otherwise, it will be hard to undo scratches.