Trending
You are at:Home»Laptop Reviews»Asus Zenbook Prime UX21A and UX31A – Ultrabooks are coming of age
By Gadgetman on May 1, 2012 · Laptop Reviews 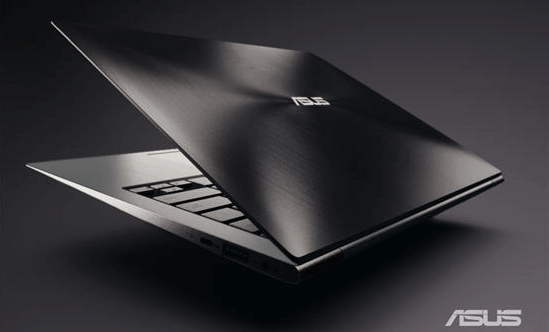 Asus was one of the first companies to get into the Ultrabooks game, and it’s arguably the most successful one yet – their Zenbook UX21 and UX31 models are among the most popular on the market, thanks to the excellent ratio of performance, features and price.

One of the major distinctive advantages of Asus’ Zenbooks is the high resolution display: instead of using the lowest 16:9 resolution possible (1366×768 pixels), the company went with the much more comfortable 1600×900 pixels, which is on par or even better than the MacBook Air. And of course, the all metal housing and attractive design played a role in their popularity, too.

And now, just half a year later, Asus is announcing the successors to their first Ultrabooks – the UX21A and UX31A – which also bear the new Zenbook Prime moniker, to demonstrate their superiority over the previous models and over the other Ultrabooks, as well. And the new Ultrabooks are definitely superior to most of the first generation models – they are a perfect example of what Intel envisioned when they announced the form factor.

Design stays the same, the only changes are improvements

Asus has put a lot of work in the design of their Ultrabooks, and just like the MacBook Air, they have reached a perfect balance of style, uniqueness and durability, so the design was carried over to the new models – the UX21A and UX31A look pretty much like their predecessors on the inside and out.

The only differences are the keyboard, which is now backlit, and the display, which has been upgraded to a new manufacturing technology (it’s now IPS-LCD) and resolution (you can get 1920×1080 on both models, with lower resolutions also available, but only with non-IPS panels). The display is definitely the best in class: with the great viewing angles and color reproduction of IPS technology and the staggering 1920×1080 resolution on both the 13.3 inch UX31A and 11.6 inch UX21A, Asus has certainly made the situation uncomfortable for their competitors. The backlit keyboard evens things with the MacBook Air, as well.

The biggest changes are on the inside, however. The new Zenbook Prime Ultrabooks boast the all new Ivy Bridge processors from Intel, bringing higher performance and lower power consumption and heat, which is the perfect combination for an ultra slim laptop. The choice is between the Core i3-3217U, Core i5-3317U and Core i7-3517U, all dual cores with a higher performance for the TDP (17W for all three) than their Sandy Bridge predecessors. All three processors use the Intel HD 4000 graphics adapter, which is on par with the dedicated AMD Radeon HD 6490 and GeForce GT 330M dedicated chips performance-wise (it can even play Skyrim at comfortable frame rates!). The Ultrabooks also come with 2 or 4 GB of 1600 MHz DDR3L RAM (low voltage modules) and up to 256 GB of SSD storage (with a 512 GB model in the works).

WiDi now comes built-in, and the prices are very attractive

The selection of ports and connectivity options remains similar to the first generation Zenbooks: there’s the usual Wifi N, Bluetooth 4.0, USB 3.0, HDMI, SD card slot, as well as a new addition – the WiDi adapter, which will undoubtedly come in handy.

The price will start at a comfortable $1050 and $1100 for the UX21A and UX31A, respectively – not bad considering what you’re getting. But if you want to experience the beautiful IPS display and the power of an Ivy Bridge Core i7, you’ll have to go for the most expensive models – they’re totally worth it, though.