The Gadget Digest series of articles aims to inform you of the newest and most interesting accessories and devices that were recently announced or released. Here’s today’s batch: 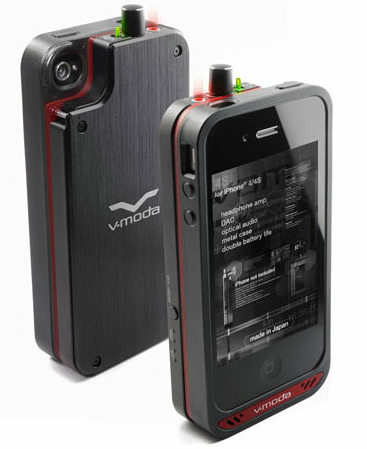 Apple’s first generation iPods were well known for having a great audio processor inside, which provided a sound quality unmatched by anything else on the market at the time. That has changed in subsequent models, and today, the iPods and by definition, the iPhone, have a pretty mediocre audio processor – it’s not bad, but it’s not high class, either. If you’re an iPhone touting audiophile, you might want to pay attention to V-MODA’s new VAMP accessory, which is a sleeve/dock for the iPhone and packs a DAC (the audio processor), amplifier and equalizer, as well as a battery to power everything. The VAMP bypasses the iPhone’s DAC, taking the unfiltered digital signal and routing it through its own high-end hardware, resulting in the best sound you can get from a portable amp. The price is expectedly high – you’ll have to pay a whole $650 for the device. 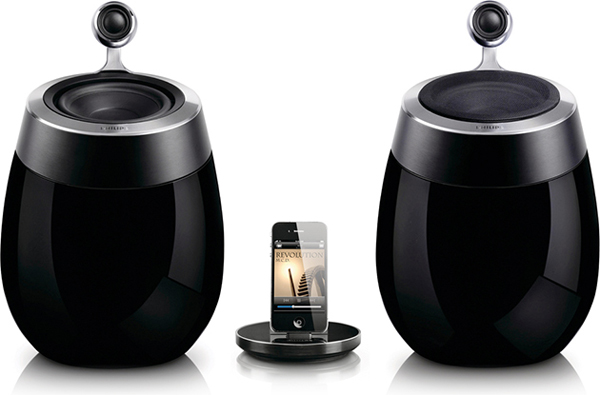 Philips also has a new product in the audio niche: the Fidelio SoundSphere Mini speakers. They may sound like just another pair of speaker on paper, but they’re actually one interesting piece of tech: the compact boxes connect to your computer via USB and to the iPhone via the integrated slide-out dock, and provide quite a high sound quality for their size, not to mention that the separate boxes design makes it possible to actually get a good stereo sound, unlike all the single-piece audio docks for the iPhone and iPad. The speakers are powered by an integrated 50 Watt RMS amplifier, which means that you’ll get quite the loud sound, as well. 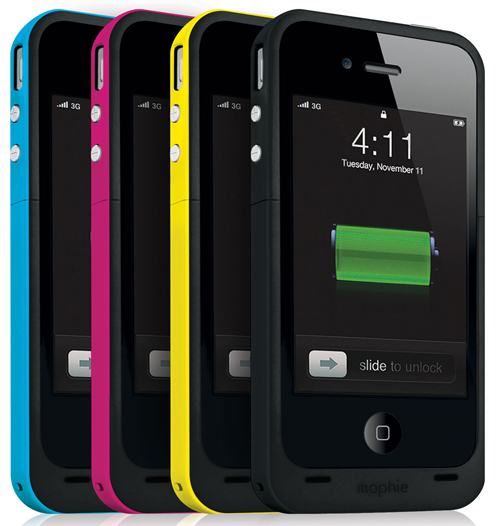 If you need extra power on the go, getting an external battery pack is one of the best things to do. And Mophie’s new power packs are among the most compact for their capacity. The company has released two models, with the first one being the slim Juice Pack Powerstation Mini, which is about the size of the iPhone 4 and can provide 150% of a phone’s power (i.e. a full recharge and a half) with its 2500 mAh internal battery. The second power pack is the Powerstation Duo, which is almost twice as thick and heavy as the Mini, but can provide enough power to fully recharge a phone several times or an iPad 3 battery to half capacity thanks to the internal 6000 mAh battery pack – it might not sound impressive, but it can definitely keep you going for longer when you need it.

The LB-Link is a pocketable, USB-powered Wifi router every frequent traveler should have

If you are a frequent traveler with several mobile devices and find the wireless connection of a hotel unacceptable and there’s only an Ethernet port to save you, the LB-Link can make things easier for you: the small device is a wireless router that is powered by mini-USB and can provide Wifi coverage for up to 8 devices in a room, from one Ethernet port.

Clamcase’s Clambook turns your smartphone into a laptop, lets you fully utilize that hardware 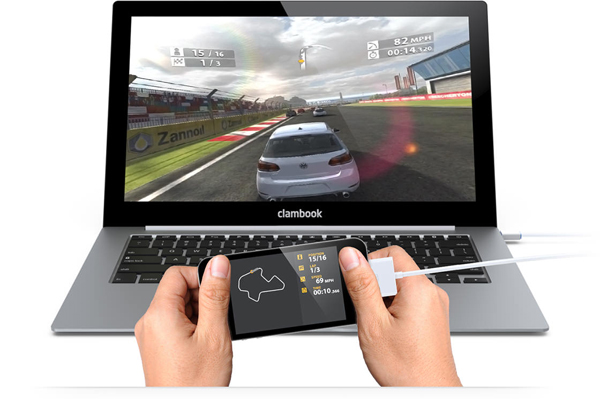 Modern smartphones have more power than yesterday’s computers, and it’s a shame that you can only use so much of it at a time, being limited by the small display and battery. The Asus Padfone, Motorola Lapdock and other devices try to fix that, and they’re definitely onto something. Clamcase has also announced the Clambook – a very slim and light netbook dock for any smartphone, which lets you take full advantage of that quad core processor while providing enough power for more than a day’s worth of work.

That’s it for today, but stay tuned for more in the coming days – visit the site regularly, bookmark and subscribe to get the latest updates and news in the tech industry on Gadgetmania.com!