The mobile industry never rests, and there is always something interesting going on pretty much every day. Our weekly top news series aims to recap the most noteworthy events and developments in the industry for the past week, and here’s today’s batch:

The smartphone market has been growing at an impressive pace for the past couple of years, and today, Apple and Samsung are undoubtedly the leaders on the market. Together, the companies hold 55% of the market as of the end of the first quarter, and are taking over 90% of the profits. That’s certainly very impressive, especially when you consider that the top sellers are the latest iPhone model for Apple and the Galaxy S series of smartphones for Samsung.

According to DigiTimes, the next generation iPhone will use Qualcomm 4G LTE chips. The chips will be produced using the new 28nm process at the TSMC plant in Taiwan. The iPhone 5’s 4G LTE chips will account for a third of the factory’s total production capacity, which is pretty impressive considering that it’s the largest chip manufacturer in the world. The 28nm process will allow the iPhone 5 (and other new phones) to run longer and cooler on 4G LTE – a welcome improvement from the current situation.

After what seems like an epically long time fighting over alleged patent infringement (which took a short pause before restarting two weeks ago), Apple and Motorola were thrown out of court for good. The reason is that neither party can define their right to relief. Apple could not prove how exactly Motorola’s Android phones could damage the iPhone’s sales, and Motorola’s one remaining patent claim was dismissed because it was based on an existing industry standard. Well, hopefully the two companies won’t find other reasons to sue each other into oblivion.

Microsoft has released its own Windows 8 tablets 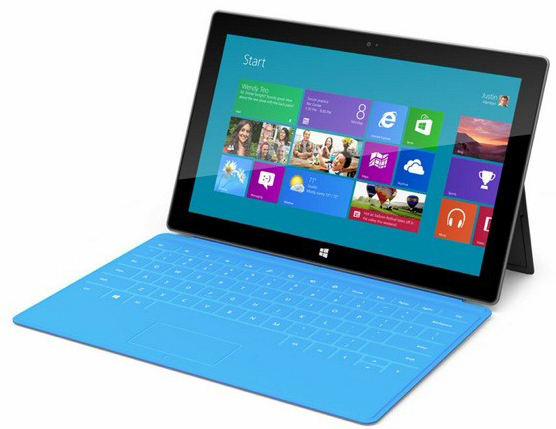 After a pretty long line of rumors, Microsoft has finally come clean about their intentions for the tablet market: they plan on taking it head on with their own products. The Microsoft branded Surface tablets have created a bit of a buzz in the tech world: users find them (or at least the x86 version) pretty attractive or at least intriguing, while OEM manufacturers are afraid that Microsoft will show preferential treatment when it comes to the software (Windows 8 in this case). Whatever the case, the two tablets sure look nice with the new OS and its Metro UI interface. The Surface Pro looks like the better choice, with more powerful hardware and the full x86 version of Windows 8, while the cheaper Surface uses an ARM processor and runs Windows RT, which is basically the Windows Phone’s bigger brother.

T-Mobile’s 4G LTE network is pretty late to the game – while AT&T, Verizon and Sprint are already expanding their coverage, big T is just entering the final testing phase of the new network. The trials start at the end of June, and the network should be ready for an official release in 2013, according to the company’s spokespeople. Let’s hope that nothing gets in the way of those plans – T-Mobile was always known for their good affordable offers and the more competition, the better.

According to an analyst at KGI, Apple is working on a 13 inch MacBook Pro with Retina Display, which should hit the shelves this fall. The reasoning makes sense: there’s clearly a pixel density war going on, and 13 inches has become the preferred size for a wide range of people, from business users to road warriors, normal consumers and even gamers. A 13 inch MacBook Pro with Retina display would be in a pretty strong position on the market, and with the 17 inch model gone, it would fit perfectly between the Air and the flagship 15 inch MacBook Pro.

That’s it for the past week – tune in for more next week and don’t forget to bookmark the site and subscribe!