Trending
You are at:Home»Gadget News»Samsung is working to release a 12 inch tablet this fall
By Gadgetman on Aug 25, 2013 · Gadget News 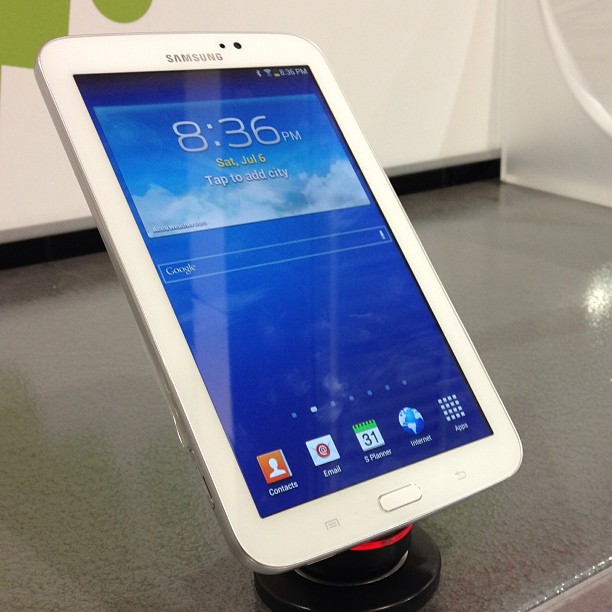 It seems that with all buzz around upcoming Apple’s 10 September event, media coverage for Samsung has been unusually not so high, but this won’t last long.

Korea Economic Daily sources reported on August 15 that Samsung Electronics is now busy developing 12 inch tablet.This gadget will have the largest display than any Samsung tablet had to date.

The Korean website also reported that this 12 inch tablet will be equipped with Samsung Display’s LCD panel and will have higher than full HD resolution.

There is no official release date yet, but this new 12 inch tablet is likely to be released within October 2013.

Here are the rumored specs of this gadget leaked by @evleaks last month: