Trending
You are at:Home»Gadget News»IK Multimedia’s iRig Pro lets you record high quality sound on the go
By Gadgetman on Sep 16, 2013 · Gadget News 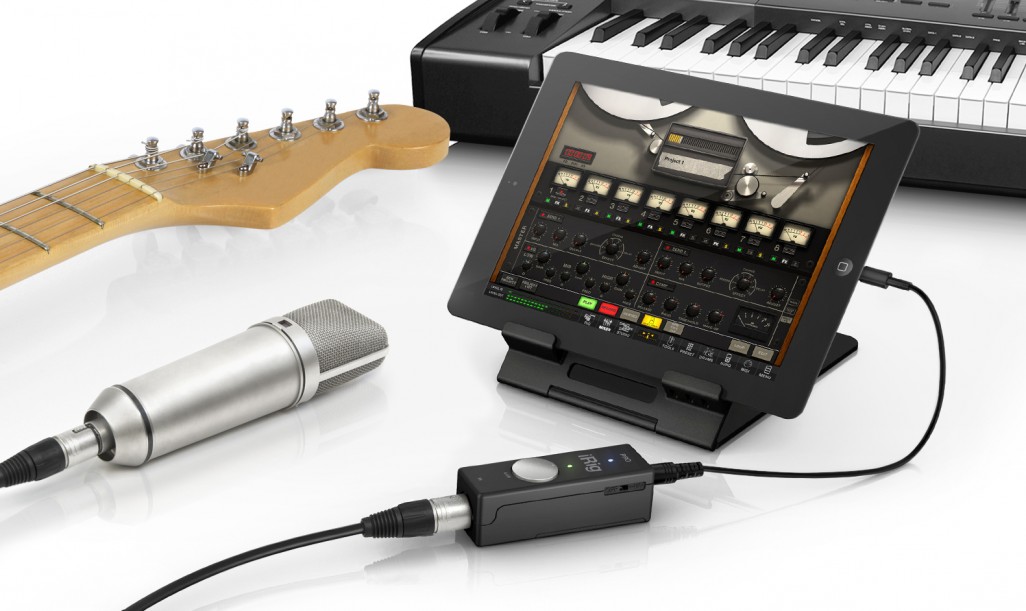 IK Multimedia’s iRig Pro is one of the latest additions to the company’s pro audio gadgets for mobile devices – just like the iRig Recorder, iRig Mic, iRig Mix and several other products, the iRig Pro is meant to let you make high quality audio that is at the very least YouTube or podcast worthy.

The device is basically a compact audio interface that connects to the iPad, iPhone (or Android tablets/phones) via Lightning, the older 30 pin cable and micro USB and lets you record the output from a microphone, guitar or any other instrument using an XLR or 1/4” jack.

The iRig Pro can provide phantom power and has adjustable gain for maximum usability. At $149.99, it’s more expensive than several compact alternatives, but it’s the smallest iOS/Android compatible device that you’ll find.