For more than one month now, Samsung fans have been waiting to hear exactly what features and specifications they can expect when the already popular Galaxy Note 3 shows up in stores. The company is very good at keeping secrets up until the last minute and it was all speculation up to that point this time around as well. Samsung was going to reveal the device this past week and it did with much excitement from the public. The Galaxy Note 3 was finally announced and now it is a matter of time before it arrives at the major mobile carriers in the United States after its first stop overseas. An overseas release is typical in the smartphone game and consumers here in the United States are fine with it for the most part. 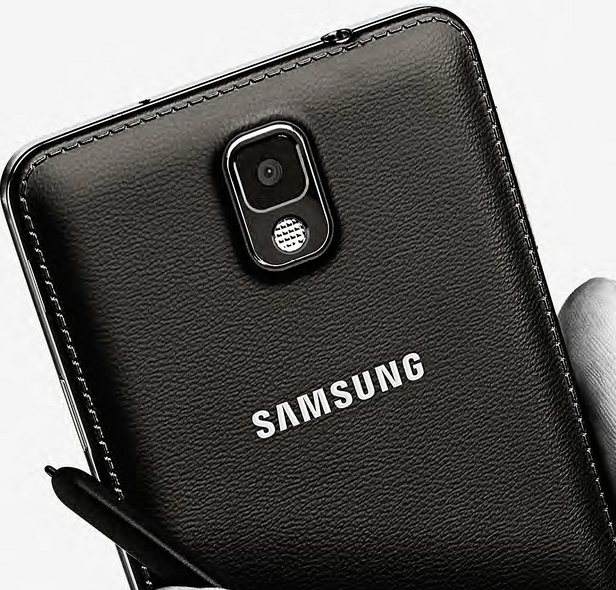 The Galaxy Note 3 will show up on the T-Mobile network first, according to reports and it should be ready to ship by the 1st of October. Just one day later, AT&T will be able to start shipping the device, which is one that will work perfectly with one of the largest 4G LTE networks in the country. On the AT&T network, the Galaxy Note 3 will be priced at just $299 with a new two-year contract, while the T-Mobile customers will be able to get the device activated for just $199 down and 24 monthly payments of $21 each, or $703 total cost. On the T-Mobile network, subscribers are able to get a cheaper price because the remaining balance is spread out, but they should also be aware that the monthly payments are on top of what the data plan would cost per month.

The Galaxy Note 3 comes with a 5.7-inch display, which is just a little larger than the Galaxy Note 2, but smaller than what consumers had expected based on all of the rumors that were flying around the web leading up to the announcement. The device is thinner and lighter than the Note 2, measuring just 8.3mm thick. The super fast, quad-core Snapdragon 800 processor will be included with the hardware and that gives the Galaxy Note 3 one of the fastest processors on the market today being clocked at 2.3GHz. The RAM is calculated at a full 3GB, which is more than enough to keep things moving smoothly during any multitasking you might be doing. The 3,200mAh battery will provide at least 10 hours of continuous usage depending on what you are up to with the device.

Another device that was announced along side of the Galaxy Note 3 was the Galaxy Gear. The Galaxy Gear is Samsung’s play on the wearable computer niche that has seemingly taken over the mobile world over the last year or more. The Gear is a device that is worn like a watch, comes with a touch screen and it flawlessly talks with your smartphone, or phablet. Essentially, the way that Samsung explains it, the Gear will allow you to talk with your main device without having to actually hold it or get it from your bag, purse, suitcase or otherwise. The Gear will control music, track any exercise that you complete, install apps and will even work when making phone calls.

The Gear is powered by Android, just like your main device and is the perfect size so that it does not feel like a large clunky accessory that you are not going to want to wear. The display is completely touch based without any physical buttons and allows users to get through the options very quickly. You can swipe to your contacts and make a phone call, check how many steps you did today with the built in pedometer, or simply just check the current time. The clock has options that can be setup to show appointments, the weather or just the time. Swiping down on the small display will turn on the camera that is built into the strap of the device, allowing users to take photos or short, 10-second video clips. The Gear does not have to be connected to any device and can be used alone. The Gear is expected to be available at various retailers and might only be priced around $300. The Gear smartwatch is also expected to be available in October.