Trending
You are at:Home»Gadget News»Galaxy Grand 2 Announced By Samsung
By Ollie Green on Nov 26, 2013 · Gadget News 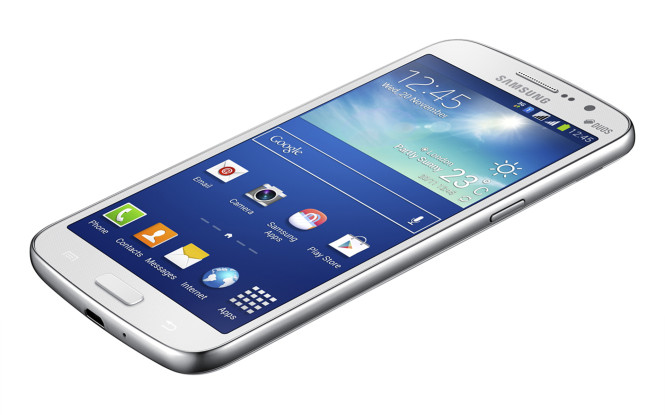 Samsung has just released the second phone in their series of mid-range budget phablet devices, and just like the first version, the Galaxy Grand 2 has a few things to make it worthy to purchase at a fairly decent price when compared to other Samsung priced gear.

The most prominent feature of the Galaxy Grand 2 is it’s large screen. Samsung have upped the screen size from the original Grand’s 5 inch display to a slightly larger 5.25” display on the galaxy Grand 2.

On top of this, it has similar budget hardware, although there has been an increase in hardware performance in the second iteration of the device.

The new Galaxy Grand 2 comes packed with a currently unknown 1.2GHz quad core processor and 8GB storage, which puts it on par with the performance of the Galaxy S4 or the HTC One X.

The 8GB of storage isn’t too much of a restriction, as, along with many other of Samsung’s Galaxy handsets, the Galaxy Grand 2 does come equipped with a MicroSD card slot capable of storing SD cards with up to 64GB flash storage.

Because of Samsung’s heavy TouchWiz software, the 8GB storage space will be slightly limited, but we’re unsure just how much it will be limited by because details haven’t been given on what version of the TouchWiz UX will be on the Galaxy Grand 2. We do, however, know that the Galaxy Grand 2 will not come with the stylus that the Note range uses.

The first Grand suffered terribly because of Samsung’s choice to give the device a very poor 800×480 WVGA display, but the new Galaxy Grand 2 comes with a more impressive 720P display.

Details on pricing and region availability are currently unknown, but it’s likely Samsung will target mid to low end markets with a fairly reasonable price that will most likely be closer to the S4 Mini’s price tag.