Trending
You are at:Home»Gadget News»HTC One Max Now Available, M8 Rumors Heating Up
By Ollie Green on Nov 17, 2013 · Gadget News 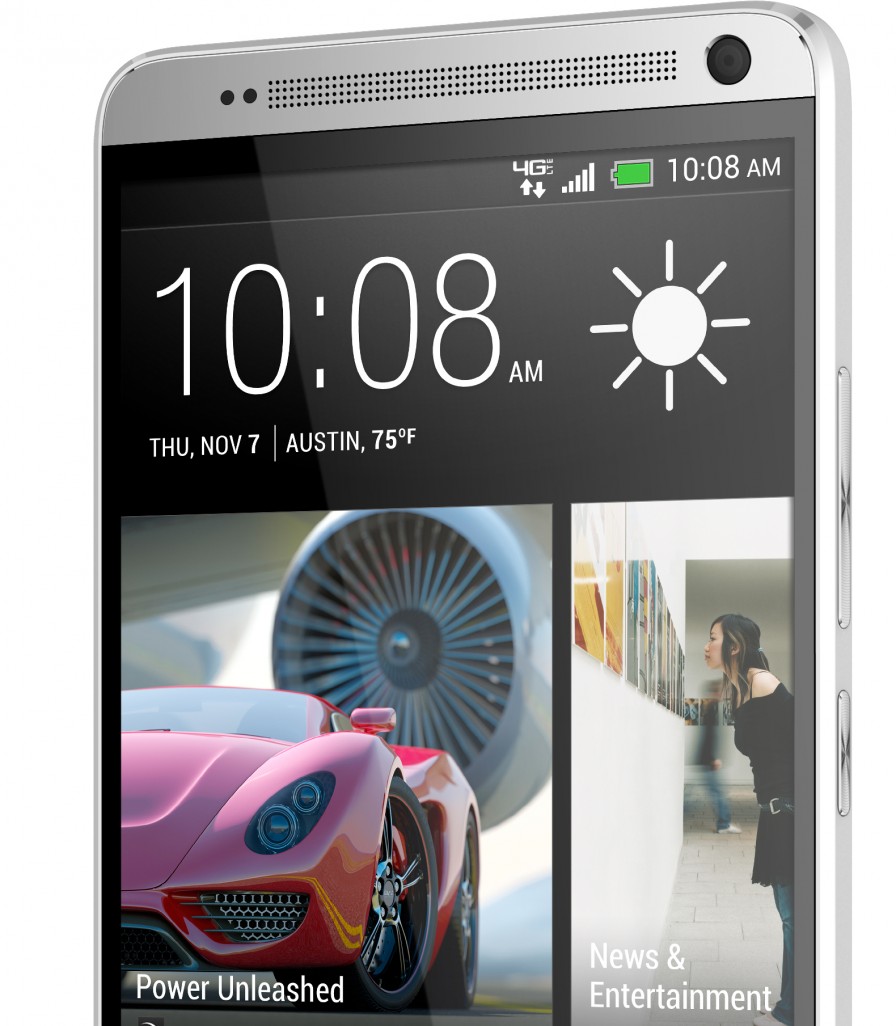 After almost a whole year’s worth of rumors, leaks and reports, the HTC One Max release has now hit the world, and it is slowly becoming available across most European and North American networks, finally completing this year’s HTC One family.

Just like previous rumors have suggested, the HTC One Max release has confirmed that the new device from HTC sports a 5.9 inch display. The display has a HD resolution of 1080 x 1920 pixels and an impressive pixel density of 373ppi, putting it slightly behind the 5.7 inch 386ppi display of the Galaxy Note 3. The HTC phablet is also powered by a 1.7GHz Snapdragon 600 processor, an adreno 320 GPU, and 2GB of RAM.

Prices vary depending on network and location, but the Sprint HTC One Max can be picked up for $249.99 on contract, making it a pretty pricy device.

Despite the HTC One Max release, the HTC rumor train hasn’t slowed down to a halt just yet. In fact, rumors for the HTC M8, HTC’s alleged next gen flagship device have started to heat up, and new leaks purport to show the hardware and display specifications of the upcoming device.

Thanks to @evleaks, we now know that the HTC M8 will probably come equipped with a Snapdragon 800 processor, a 5 inch 1080P display, and Android 5.5 KitKat out of the box.

Judging by @evleaks record history with leaking information on upcoming mobile and smartphone handsets, the hardware in the M8 will probably be similar to this, however at this point it’s worth taking this rumor with a little grain of salt.

Previous rumors also suggest that the M8 will bring in a newly redesigned Sense 6.0, but at this point in time there’s no real proof to this rumor, but it’s likely we’ll see a lot more information about the HTC M8 in the months leading up to it’s release.