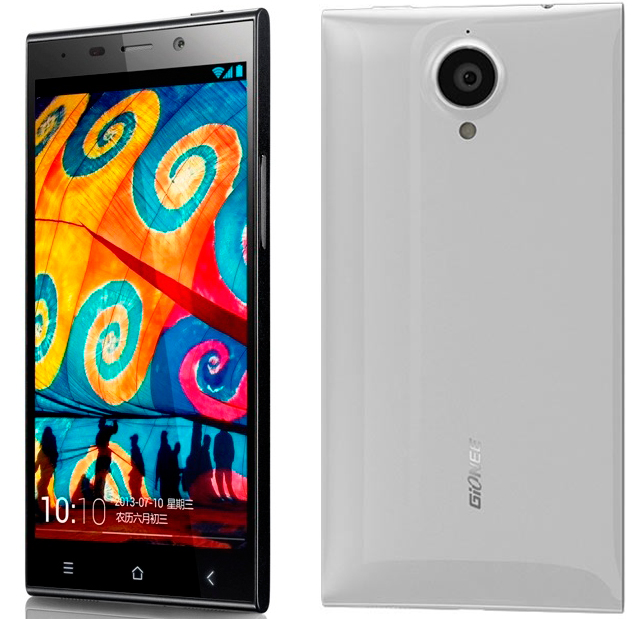 A new smartphone by a Chinese manufacturer has made the headlines- it is both satisfying in appearance, and in performance, and on top of this, it could be released internationally at a very tempting Nexus-like price.

The new Chinese smartphone has been named the Gionee Elife E7, and it has a whole host of hardware specifications to make it worth keeping your eye on.

On top of it’s 5 inch 1080P HD display, the Gionee Elife E7 has a very beefy set of inner hardware, including a suped up 2.5GHz variant of the Qualcomm Snapdragon 800 processor, 3GB of RAM, a 16 megapixel primary camera with a powerful Largan M8 lens, and a front facing 8 megapixel camera that could match up to the primary camera’s of flagship smartphones we were using just two years ago.

The Gionee Elife E7 also comes packed with some interesting software features, including “Sensor Hub,” a suite of sensors that will kick in when the smartphone is in standby mode. The Sensor Hub will be able to respond to voice commands, screen taps and screen gestures in standby mode without draining the battery level down.

The Gionee Elife E7 will debut in China on December 12th, but unlike many other smartphones only known to the Chinese market, the device will also make it internationally to 40 other countries.

Unfortunately pricing and release information on the international launch hasn’t been detailed, but the Chinese high end version with the 2.5GHz processor, 3GB RAM and 32GB of storage will be available for ¥3,499 (the equivalent to a very impressive $570)

Whilst this isn’t impressive enough to make it worthy of the earlier Nexus-like price statement I made earlier in this article, it still is a very valuable phone with the very best hardware available on the market, and on top of a bunch of software features that could make your everyday smartphone usage a whole lot easier, there’s no way to say not to the $570 price tag.