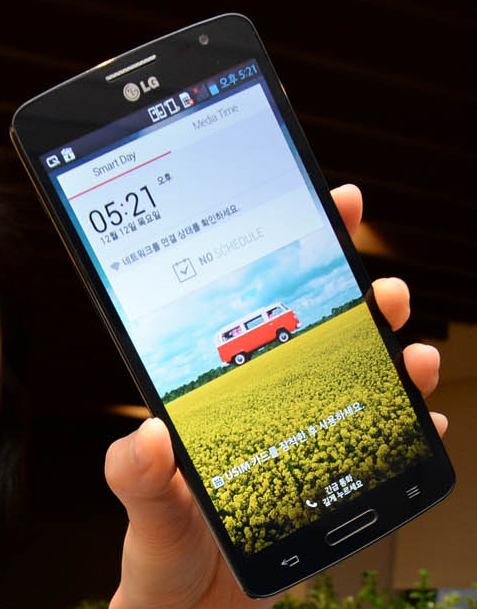 LG has just announced a new variant of it’s popular LG G2 smartphone in South Korea, under the name LG GX. At 5.5 inches, the LG GX has a slightly larger display than the 5.2 inch display on the LG G2, and a few changes have been made to the interior of the new device.

Firstly, the LG GX sports a slightly less powerful Snapdragon 600 SoC that comes equipped with a quad core processor, however, although you’ll see differences on benchmark tests, it’s unlikely you’ll notice much performance difference to the LG G2, especially when using it for average browsing tasks.

When it comes to the software side of things, the LG GX comes equipped with the same software features found on the LG G2, which includes the likes of Smart Day, Smart Memo, QRemote, and probably the most used LG feature, KnockON.

LG’s future plans for the new phablet device are currently unknown, and at this point in time it’s only been confirmed to be launching in LG’s hometown, South Korea. Pricing for the LG GX hasn’t even been given for the South Korean variant, so it’s still early days for now, and if it does come to an international launch, we may not see the LG GX land on western shores for a fairly lengthy period of time.

We’re not sure yet if the new LG GX phablet will have the power button, volume buttons and shutter button on the back of the device like the LG G2 does, but we’ll keep you up to date on this, as well as any news on a possible international release date as more news comes in.