Trending
You are at:Home»Gadget News»Oppo N1 Set for December 10th Europe and US Launch
By Gadgetman on Dec 3, 2013 · Gadget News 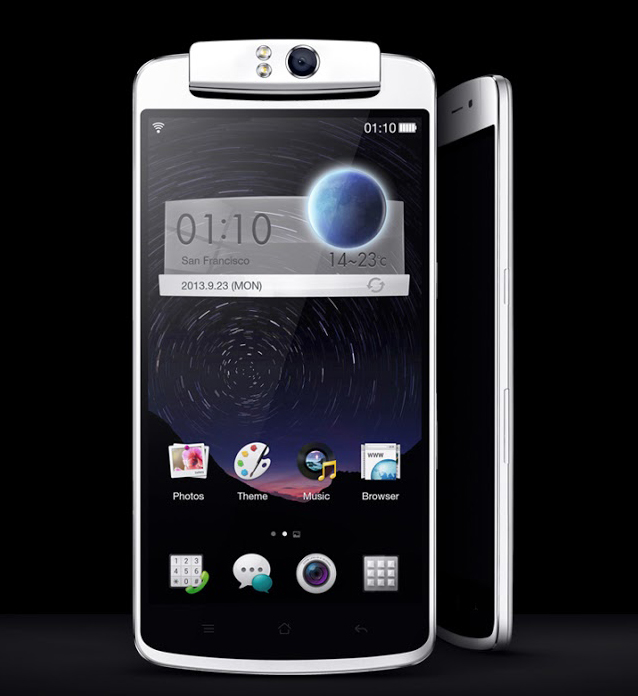 After what seemed like a lengthy wait from it’s official announcement, Oppo has now revealed the Oppo N1 release date for both the United States and Europe. Oppo has confirmed that the device will launch on December 10th for both regions, and will come fully equipped with Oppo’s Color OS and Cyanogenmod.

The Oppo N1 release date announcement also brought on some more information about both of the Android operating systems on the device. Whilst the Oppo phablet won’t be dual-bootable, owners will easily be able to pick and choose either Color OS or Cyanogenmod when setting up the device, and there will always be the option to switch via the stock recovery options built into the phone.

This will be a fairly easy task to do, but will still require a bit of Android custom ROM knowledge. For those that don’t want to go through the hassle, there will also be a limited supply of devices already pre-loaded with Cyanogenmod at the same time as the Oppo N1 release date.

The most notable features on the Oppo N1 though are it’s swiveling camera that allow owners to get a better angle in shots and use one primary 13MP camera as either the front facing camera or the primary camera, as well as the touch pad on the back of the phone that allow users to scroll through web pages and other content without actually touching the screen.