Trending
You are at:Home»Gadget News»Samsung Gamepad Available in Europe
By Gadgetman on Dec 20, 2013 · Gadget News 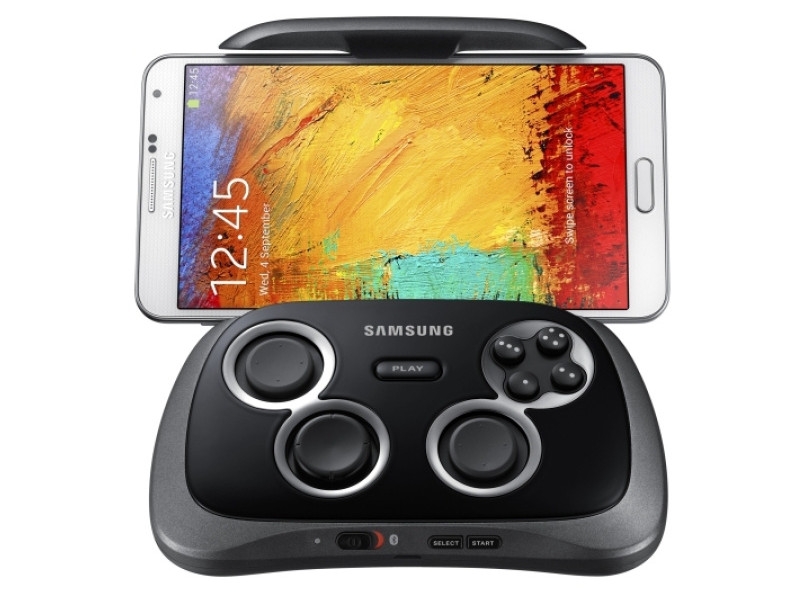 Mobile gaming has become one of the biggest selling points for smartphones today, but the touch screen input isn’t a very good medium for playing any games that aren’t simple casual games or simple arcade games.

To fix this, a large amount of accessory manufacturers have started developing game controllers that can work alongside with smartphones to make playing more advanced games easier.

At this point in time though, most game controllers have been made by fairly unknown brands, and I’m sure a lot of you agree that it is often hard to trust a brand you have heard little about.

That is about to change because Samsung has just released their new Samsung Gamepad and it is now available in Europe.

The Samsung Gamepad was first announced along with the Galaxy S4 reveal earlier in the year, but it has since been buried underneath dozens of other Galaxy handset reveals and releases. Finally though, the Samsung Gamepad has been released, and it’s looking like a fairly decent product.

The Samsung Gamepad has a D-pad, two analog sticks four buttons and 2 trigger buttons. The device looks fairly sturdy and a lot more premium than many other controllers available for Android today.

The Samsung Gamepad can connect to Galaxy devices via Bluetooth or NFC, and has a clip-in function that can attach the gamepad to a smartphone device to make both devices act in coordination to give the appearance of a handheld console.

Samsung hasn’t yet given details on whether the controller can connect to smartphones other than Samsung’s Galaxy range, and there is apparently a limited amount of games that can support the Samsung Gamepad at this point in time.

The Samsung Gamepad will be available soon in Europe, but no pricing, or information on an international release, has yet been revealed.