Trending
You are at:Home»Gadget News»Are Samsung Making the Galaxy Glass?
By Gadgetman on Jan 27, 2014 · Gadget News 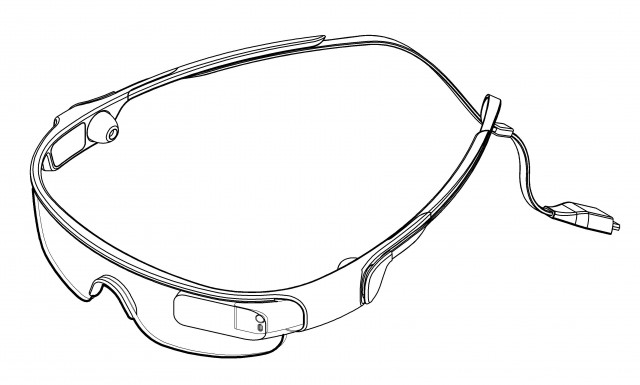 Last year saw Samsung dabble into the arts of smartwatch technology for the first time, and this year we may have another wearable tech project by Samsung to have a look at. According to a report by the Korea Times, Samsung are gearing up to make the Galaxy Glass, a device that will follow a similar design infrastructure as the Google Glass augmented reality headset.

The same report suggest that Samsung may even reveal the Galaxy Glass at IFA in Berlin later this year in September. This is the same space that Samsung unveiled their Galaxy Gear project, and also lines up with other reports and teases that seems to suggest the Galaxy smartwatch was only Samsung’s first step into the wearable tech industry.

It has already been confirmed that Samsung has patented the hell out of it’s augmented glasses, but the patents don’t really give any information. What we can make out though is that it looks as if the glasses will be connected to a smartphone via a USB cable, and would probably go underneath your shirt, in the same way that many people wear earphones whilst out and about.

It’s interesting to see Samsung go for this approach instead of Bluetooth, but we’ll have to wait and find out what the final product actually looks like. I personally don’t expect great things from the Galaxy Glass, but it may catch on in later renditions a few years down the line.

The wearable device industry is certainly starting to heaten up, but apart from wearable sports watches and other sports gear, I have yet to see any everyday wearable tech really catch on either, so I’m interested to see what effect both the Galaxy Glass and Google Glass will have on the general public.