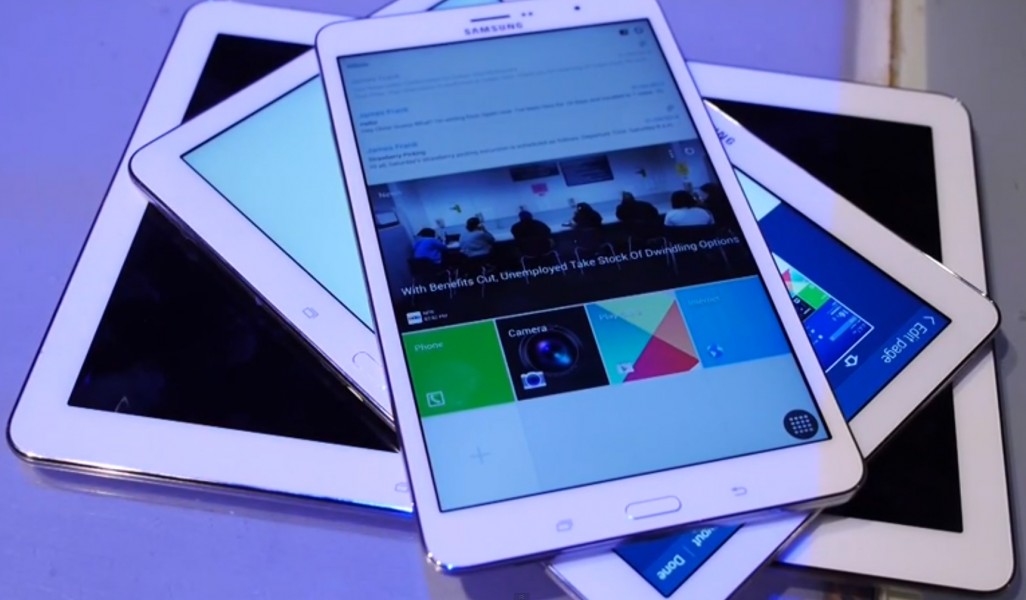 Surprise, surprise. Samsung has officially announced both the Galaxy TabPRO 12.2 and 8.4 at this year’s CES 2014, and they’re packing a bit more than anyone could have expected.

As the name suggests, the TabPro range features devices that have very top of the end hardware, to better appeal to professionals and enthusiasts who rely on their tablet for various reasons.

Samsung revealed at CES that the LTE version of the Galaxy TabPRO 12.2 comes with a 2560×1600 resolution display, a Snapdragon 800 w/Krait CPU clocked at 2.3GHz, and Adreno 330 GPU, 3GM of RAM, and a huge 9,500mAh battery. The WiFi version has the same specifications, however the SoC has been replaced with the Exynos 5410 which uses the octa core big.LITTLE architecture.

The Galaxy TabPRO 8.4 comes with the same 2560×1600 resolution, which is pretty insane on this aspect ratio, as well as the same Snapdragon 800 SoC. It unfortunately only has 2GB RAM, but I doubt this will affect real world performance. The TabPRO 8.4 also comes equipped with a beefy 4,800mAh battery.

The most interesting thing about both of the TabPRO devices is the new OS overlay. Samsung has actually completely innovated here and brought in a new overlay and named it the Magazine UX.

The overlay has a very flipboard-like feel to it, and allows users to swap, adjust and connect widgets and blocks of apps into a magazine style home screen.

From what we’ve seen so far at Samsung’s CES booth, the Magazine UX looks quite well polished, but it’s certainly a huge change from TouchWiz and would take interested purchasers a while to get used to.

The TabPRO range has been set to launch with the Magazine UX some time in Q1 2014, but prices have not yet been revealed. We shall keep you updated on regional release dates, as well as their corresponding prices as details are announced.