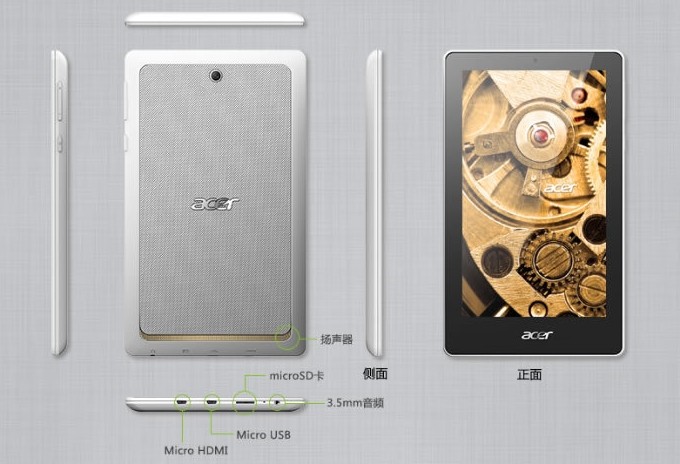 2013 was the year that lesser known smartphone and tablet manufacturers made appearances in the smartphone market, and a lot of customers built trust for companies who offered devices at very promising price points. In 2014, it’s unlikely that this trend will stop any time soon, and another device to follow up in the line is the recently revealed Acer Tab 7.

The idea behind the Acer Tab 7 is to offer a device for the lowest price possible, whilst not worrying too much about trying to beat the best in the industry. Of course, the Nexus 7 range is always going to be a steal, but if you don’t want to fork out that much money for a 7 inch tablet, the Acer Tab 7 could actually be worth considering.

The Acer Tab 7 is currently selling for just $100, and can be picked up from Chinese retailer JD.com.

Despite the $100 price tag, the Acer Tab 7 is still up to date enough to run Android 4.2 Jelly Bean, and to do this, it has been powered by a dual core Cortex-A9 processor which is clocked at 1.5GHz.

This is quite low powered, and even compared to the Nexus 7 from 2012, it still isn’t a worth match, but it’s the price point that is important here. The 7 inch screen has a 1024×600 pixel resolution, and there’s support for HDMI-out and micro SD cards of up to 64GB.

The device comes with 8GB ROM preinstalled, and 1GB of RAM. Finally, the Acer Tab 7 comes packed with a fairly decent 3,000mAh, which is definitely suffice for the price it’s been given.

If you know your way around a tablet or smartphone better than the average person, I’d say this device is probably not for your liking, but if you’re out of pocket and need a cheap device to get things done on, this could be the one for you.