Trending
You are at:Home»Gadget News»HP Enters the Phablet Market with New Slate Voice Tab 6 & 7
By Gadgetman on Jan 15, 2014 · Gadget News 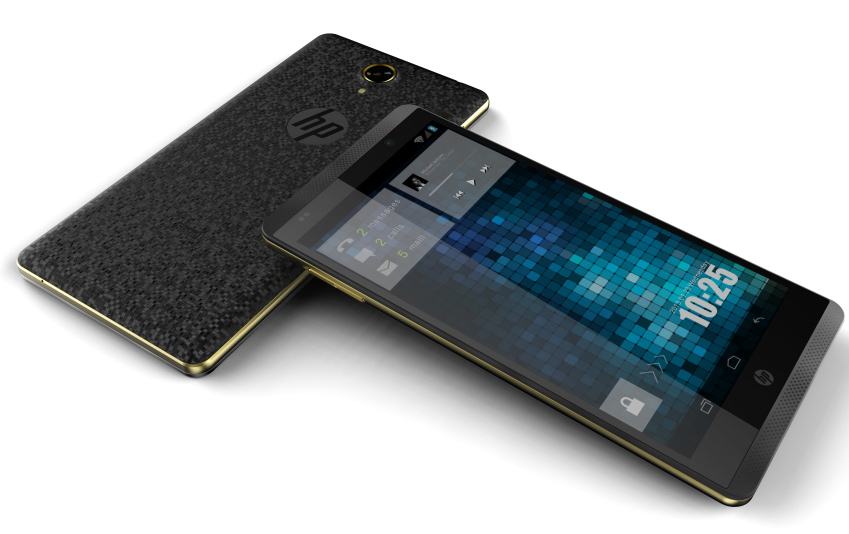 It’s no secret that HP have been trying to slip their way into the smartphone industry for a long time now, and despite there being a huge amount of competition already in the market, HP has even gone as far as to say that they have a spot at the top. Truthfully, this could very well be the case, but right now, they are going to have to do a lot more before they get to that spot.

Any progress is a good start though, and that progress begins with two new devices by HP named the Slate Voice Tab 6 and the HP Slate Voice Tab 7. Both of these devices are phablet smartphones, and admittedly, include a very interesting design and build quality.

The HP Slate Voice Tab 6 & 7 both have gold colored frames, and a pixelated back cover. The build of the phone reminds me greatly of the HTC One, except for the fact that the design is a little less curved. From every angle, the new Slate Voice Tab ranges looks very premium, but despite this, it’s the low end market that HP plan to target with these new devices.

Their first destination for the Slate Voice Tab range is India – “We see a need in India that we can meet. Consumers are looking for a way to consolidate devices. We think there’s an opportunity to enter a growing market where there’s an unmet need.” Said HP Vice president in an interview with Re/code.

In terms of specifications, as the names suggest, the Slate 7 is a 7 inch device, and the Slate 6 is a 6 inch device. Both Slate Voice Tab devices will have a 1280×720 IPS resolution display, a currently unannounced quad core processor, 16GB of internal storage, microSD card support up to 32GB, and a rather poor 5 megapixel primary camera, as well as a 2 megapixel front facing one.

The pricing details have not yet been given so it’s hard to see whether the new HP devices will be a good buy or not. It’s also important to note that HP’s primary target for these devices is India, and we may never seen them hit other regions.