Trending
You are at:Home»Gadget News»New Budget Handset by Lava Revealed
By Gadgetman on Jan 18, 2014 · Gadget News 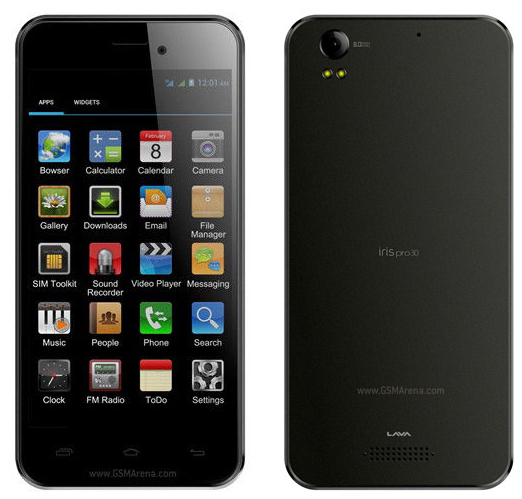 Like with anything tech related, it’s always best to do your research before buying from a lesser known manufacturer, but a bit of searching into Lava reveals that they are a company that is trustworthy enough to deal with.

With the Nexus 5 being not a long shot off of this price, I would advise against getting the Iris Pro 30 if you can manage to put a little more into your budget, but if you are living in India, and do have a strict budget of 15-16k then this could prove to be a good purchase for you.

The Iris Pro 30 comes packed with a 2,000mAh battery, a quad core 1.2GHz CPU, and PowerVR SGX544 GPU, as well as an 8MP camera with dual-LED flash. No details have been given on RAM or internal memory, but the main selling point of the new Lava smartphone is it’s slim form factor and battery saving screen technology.

The Iris Pro 30 has a 720P 4.7” display, but it only has one glass between the display and your fingers, meaning that the device is quite a lot thinner than most other devices. It also uses Content Adaptive Backlight Control, that according to Lava, can reduce battery wastage by 30%.

The device does have quad band mobile connectivity, so Lava have stated it will work in other regions, but haven’t given any details on whether the device will actually make it to anywhere other than India.