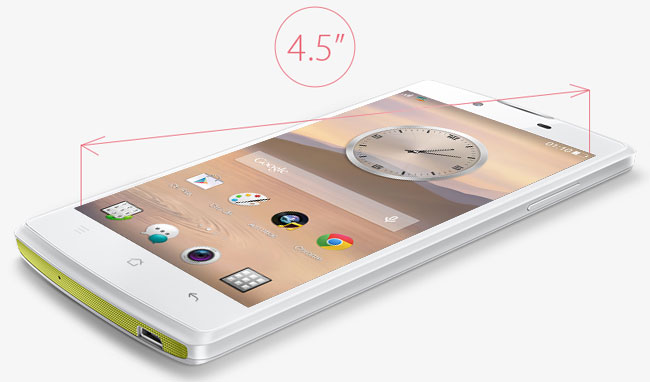 After the Oppo Find 5, the previously fairly unknown manufacturer has been on a roll, and new devices by the company are cropping up all over the place. Whilst the smartphone arsenal is nowhere near the size of companies like Samsung, they still are digging themselves into the smartphone industry, and I personally think they are doing a good job at it. 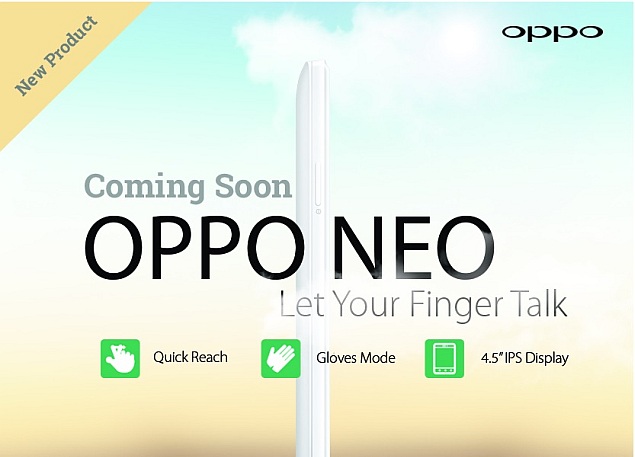 Their latest release, the Oppo N1 was quite successful, and through it’s innovative design features, and partnership with Android modded OS creators, CyanogenMOD, Oppo has received quite a lot of positive attention from the media and those within the industry.

The N1 was really the first true device to get their wheels rolling, and shortly after that, they announced the Oppo Find 7, an Oppo designed phablet with the same design architecture as the Find 5.

Now, new news comes in for another brand new Oppo device, which has been give the name Oppo Neo.

So far, very little detail has been given about the device, but an Oppo social media page has revealed that the Oppo Neo will include a 4.5 inch IPS display, and a “gloves mode” which suggests some kind of easy operating when using gloves, as well as quick reach, which is Oppo’s gesture based system already seen on other devices.

From the sounds of it, the Oppo Neo could possibly be Oppo’s entry into the “mini” market, which is inhabited with devices like the HTC One Mini, Galaxy S4 Mini, and the recently revealed Xperia Z1 Compact.

Other rumors also suggest that Oppo may even be working on another device which will be aimed at the entry level market and will be equipped with a 4.3 inch display, but details on that are even scarcer than with the Oppo Neo.

We’ll keep you updated as more sold details come in for the Oppo Neo.