Trending
You are at:Home»Gadget News»Samsung Zeke Device Could be First Available Tizen Smartphone
By Gadgetman on Jan 27, 2014 · Gadget News 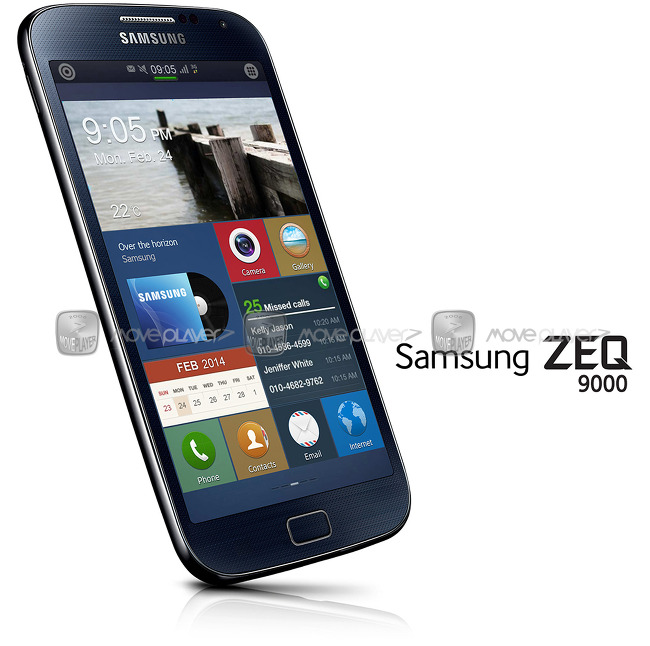 There’s been a lot of talk over the last couple of years about a Samsung branded operating system that could replace the current Android OS running on all of Samsung’s Galaxy devices. I’m of course talking about Tizen; software that we’ve all seen pictures, videos and showcases of, but not anything we’ve seen in a real, on-the-market smartphone.

That may change fairly soon though, as a new wad of information from a Korean website seems to suggest that there may be a new Samsung device that could potentially be running the latest Tizen OS, and be available for sale relatively soon.

The website published a product image of what appears to be a very Samsung-like smartphone running what looks to be the Tizen OS. It’s of course only a fabricated image, but whether it’s official or not is the question that will remain in our heads until we learn a little bit more about the topic.

According to the article, the smartphone in question has been named the ZEQ9000, or more informally, the Zeke. It’s a device that will apparently have enough hardware to match up with the current offering on the Android market, and this includes a 4.8 inch HD display, a Qualcomm Snapdragon 800 SoC with a CPU clocked at 2.3GHz, and possibly more 2013-flagship era specifications.

If this information is true, then it’s likely the Zeke could possibly be released very soon. It would be strange for Samsung to sit on such a device to too long, because waiting half a year or more will end up making the hardware in the Zeke look obsolete.

The image does seem to show what looks closely like the last rendition of Tizen shown to the public, but once again, there’s no way of knowing whether it was created by Samsung themselves or by somebody trying to cause a few ripples in the industry.

Perhaps we’ll hear more about this at MWC later this quarter.