Trending
You are at:Home»Gadget News»ZTE Phonebloks Concept Gets Revealed at CES
By Gadgetman on Jan 9, 2014 · Gadget News 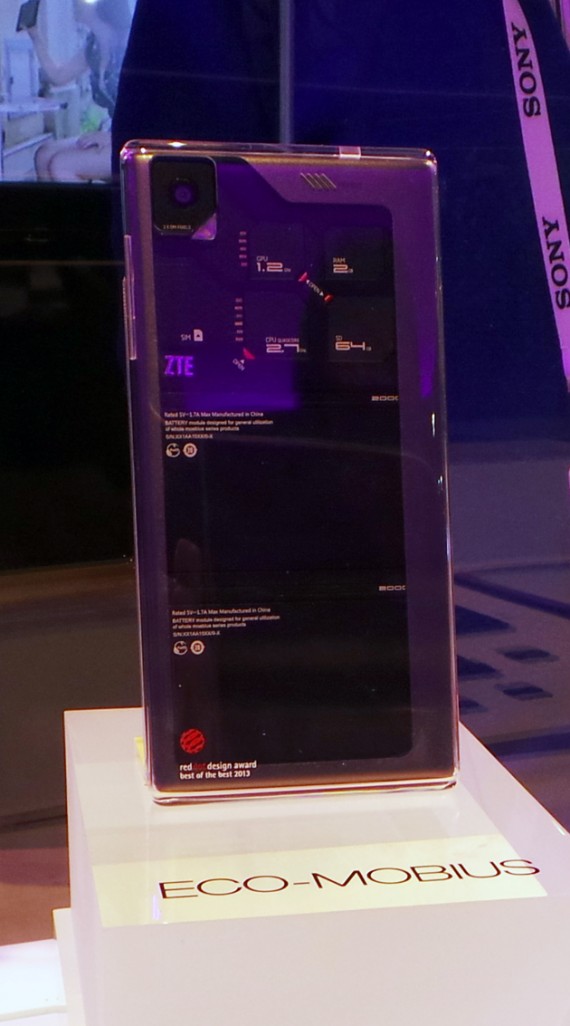 A new concept design by ZTE has cropped up at CES, and it has taken design cues from the Phoneblocks concept and Motorola’s Project Ara design.

Last year, a designer created a concept video to explain his vision for a “green” smartphone industry – his idea was that smartphones could potentially adopt a modular design that would allow owners to swap out and replace certain hardware functionalities of a phone when it became outdated or broken, instead of throwing out the device and buying a new one altogether.

Despite many being critical of this idea simply because it didn’t seem to be possible with our current technology, later that year, Motorola teamed up with the mind behind the Phoneblocks concept to come out with Project Ara, a similar concept that Motorola hoped to initiate through their Moto Maker program.

The new ZTE Phonebloks concept has been named the Eco-Mobius modular concept, and just like with Phonebloks and Project Ara, users will be able to attach certain hardware modules, such as the battery and the camera, to a “baseboard” device. 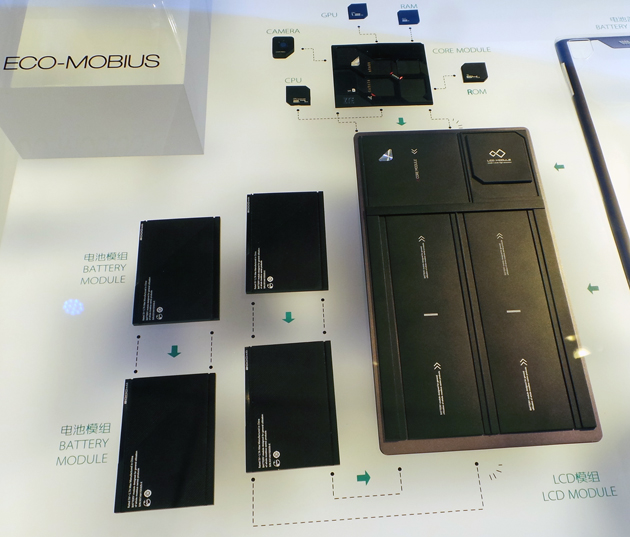 Representatives of the new ZTE Phonebloks concept have made it clear at CES that it is still in it’s early stages, and it is not likely to make it to shelves anytime soon, however it does show that other manufacturers out there are ready to innovate the market, and it was certainly surprising to see this move from ZTE, who although manage to do quite well for themselves in the industry, they certainly aren’t that renowned in the western market.

It will be interesting to see how far the ZTE Phonebloks concept will go – so far their modular concept supports modules that will be manufactured solely by ZTE – this could cause a huge amount of fragmentation in the market if other manufacturers were to follow this path, so hopefully by the time the concept has launched, manufacturers will work alongside each other to provide universally accepted modules, just like the original Phonebloks concept designer had hoped for.