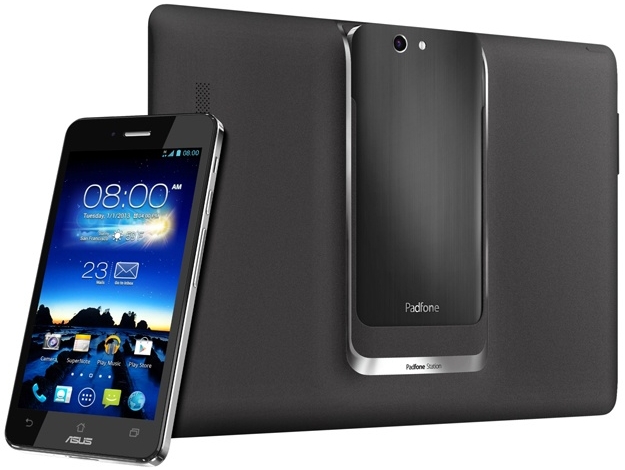 Instead of sporting the Snapdragon 800 SoC, the PadFone Infinity Lite smartphone has been given a lesser powered Snapdragon 600 chipset which comes with a 1.7GHz quad core processor. The smartphone also comes packed with 2GB of RAM, 32GB of internal memory, a 1080P 5 inch display, a 13 megapixel primary camera, and a 2,400mAh battery.

Despite the smartphone specs being less than the flagship, the tablet dock remains the same, with a 10.1 inch 1080 IPS display and a 5,000mAh battery.

Unfortunately, like many of ASUS’ PadFone devices currently, the PadFone Infinity Lite will be limited to certain regions, at least for the time being. At the moment, the device will be available in Taiwan for the equivalent of about $460, and the tablet dock can be picked up for an extra 7,000 TWD, (or around $230) making the whole package just under $700 dollar’s worth. This price isn’t that bad, but it’d be nice to see a bit of a reduction on the smartphone, considering it only comes with a Snapdragon 600. The device will be available in March, but no details have been given on an international release.

I really hope that ASUS focus on getting these devices to an international market because they are great pieces of kit, but their limited availability and strange release schedule makes it pretty confusing for the average consumer interested in the Padfone range.