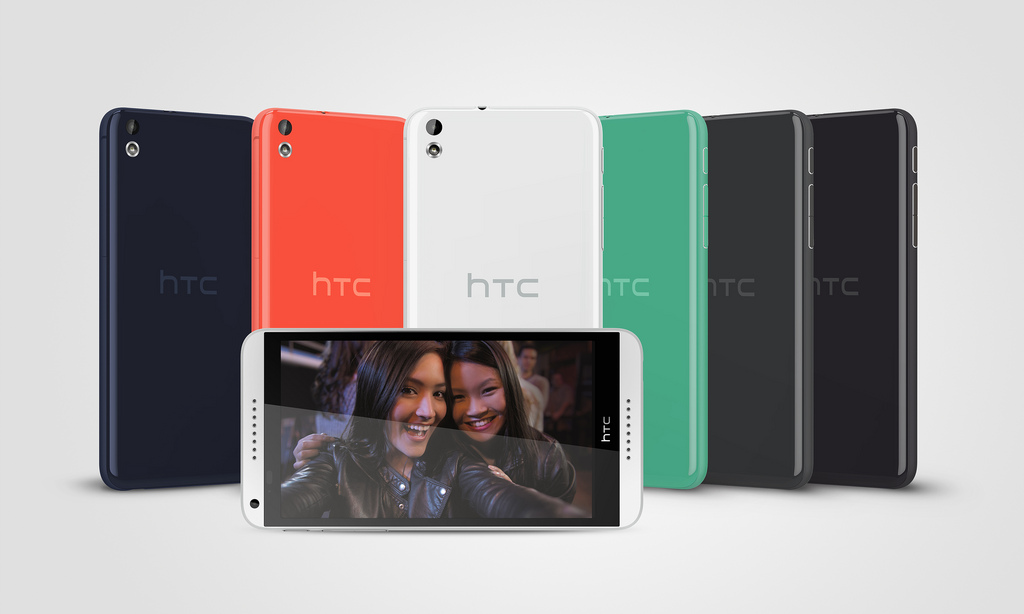 Although HTC has decided to hold off revealing their flagship device till March 25th, they still haven’t let the floors of MWC go to waste. This year, HTC has decided to unveil two brand new devices at Mobile World Congress in Barcelona, and they both fit into the Desire range.

Like previous Desire smartphones from HTC, both of these devices have been targeted at the mid-range market, so there isn’t anything that special in terms of hardware inside both of these smartphones. However, both devices do give us a little idea into what HTC’s design cues will be for this year, and what kind of hardware to expect from mid-range devices in 2014.

With the bigger name, the HTC Desire 816 proves to be the most powerful of the new Desire duo. The Desire 816 takes a very similar appearance to the HTC One, although the device does feel a little more rounded at the back, and whilst this may lend itself to being a comfier device to hold, it’s premium finish is a little diminished.

The HTC Desire 816 has a massive 5.5 inch display with a 720 x 1280 resolution. Inside the device, there is Qualcomm Snapdragon 400 SoC, which comes with a quad core 1.6GHz CPU and an Adreno 305 GPU. The device also comes with 1.5GB of RAM, which is quite a nice jump up from the industry standard of 1GB.

Unfortunately the new Desire phablet only comes with 8GB of internal storage, but surprisingly, there is a micro SD card slot for expandable memory. Unlike the HTC One, the Desire 816 uses a megapixel camera capable of shooting 13MP images, along with a front facing 5MP camera.

The device also comes with a 2,600mAh battery and will be on sale some time in April.

The Desire 610 is a smaller device with a 4.7 inch HD display, and underneath there is a weaker Snapdragon 400 SoC with a quad core 1.2GHz CPU. There is only 1GB of RAM inside the HTC Desire 610, and the rest of the specs match that of the HTC Desire 816. However, the 610 comes with a slightly smaller battery, with just 2,040mAh.

The 610 will be available in Europe as early as May, but no details have yet been given on pricing for either devices, and regional availability.