Trending
You are at:Home»Gadget News»Lenovo Buys Motorola off of Google
By Gadgetman on Feb 2, 2014 · Gadget News 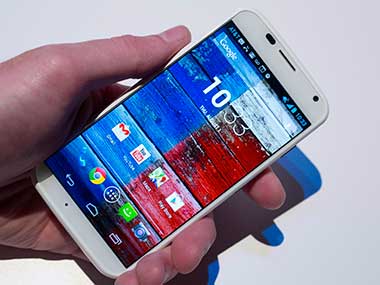 In a strange turn of events, new information has revealed that Lenovo will be buying Motorola off of Google, despite Google only buying the company three years prior.

Both companies have settled with a price of $2.91 billion for the company, meaning that Google has suffered a great loss since first purchasing Motorola Mobility in August 2011. Back then, Google acquired Motorola for $12.5 billion, at $40 per share.

But despite Google now deciding to depart with Motorola Mobility for just $2.91 billion, Motorola’s poor work in the industry over the last few years have left many believing that Lenovo have been generous with the $2.91 billion offer.

To give more detail on the sale, Lenovo will be paying $1.41 billion at the close of the deal; $660 million will be US currency, whilst $750 will be of Lenovo shares. The other $1.5 billion will be paid as a three year promissory note.

Lenovo used similar tactics to buy IBM for $1.25 billion in 2005, and it has since fuelled their success in the PC industry and helped them to become the third best-selling PC manufacturer in the world.

Although Motorola may not lend Lenovo the same amount of success in the smartphone industry, it may be just what Lenovo have been looking for, and clearly show how serious they are about becoming an important figure in the smartphone scene.

Although this purchase will take place, Google will keep hold of most of Motorola’s most promising patents, including anything relating to Project Ara, the recently unveiled modular smartphone concept.

It has been a bumpy ride for Motorola since their original sale to Google in 2011, but despite changing hands again this year, they seem to be looking positively towards the future, and their main goal will still be to bring smartphones and mobile internet to those without.

Motorola’s CEO, Dennis Woodside has made a statement on the matter. “As part of Lenovo, Motorola Mobility will have a rapid path to achieving our goal of reaching the next 100 million people with the mobile internet. With the recent launches of the Moto X and Moto G, we have tremendous momentum right now and Lenovo’s hardware expertise and global reach will only help to accelerate this.”