Trending
You are at:Home»Gadget News»New Galaxy S5 Leak Comes in Before Feb 24th Reveal
By Gadgetman on Feb 4, 2014 · Gadget News 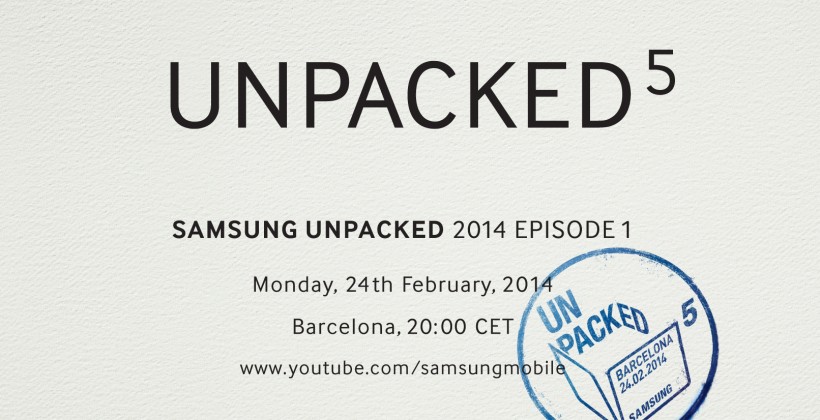 This week, Samsung sent out Unpacked 5 invitations to the media for a February 24th reveal date at World Mobile Congress in Barcelona. However, despite this date not being that far away, a new Galaxy S5 leak has come in, and it may be giving us all of the information we could need about the hardware specifications of the device.

Renowned Russian blogger and mobile industry insider Eldar Murtazin has made claims to know the ins and outs of the next Samsung flagship device, and in a new Galaxy S5 leak, he has listed all of the hardware specifications for the upcoming smartphone.

Eldar Murtazin was the first to mention that an earlier-than-usual launch may hit us this year, and these new Unpacked 5 invitations pretty much confirm that, so at this point, I’m pretty sure Murtazin’s most recent information is going to be pretty accurate.

According to the new Galaxy S5 leak from Murtazin, the flagship this year will come with a 5.24 inch display, slightly largening it from last year, without it becoming too much of a size increase that could potentially turn those away with smaller hands. As expected, it’s display will have a resolution of 2560×1400, giving it a massive 560PPI.

Possibly the most exciting news to hear from the new Galaxy S5 leak is that the device will come equipped with a juicy 3,200mAh battery, which should lend the device a good few hours of extra usage over it’s predecessor, despite having a much higher display resolution.

Finally, the camera is expected to 16 megapixels, just like previous reports suggested.

Although this new wad of information does come from a renowned source, it’s still best to take all of this information with a grain of salt.