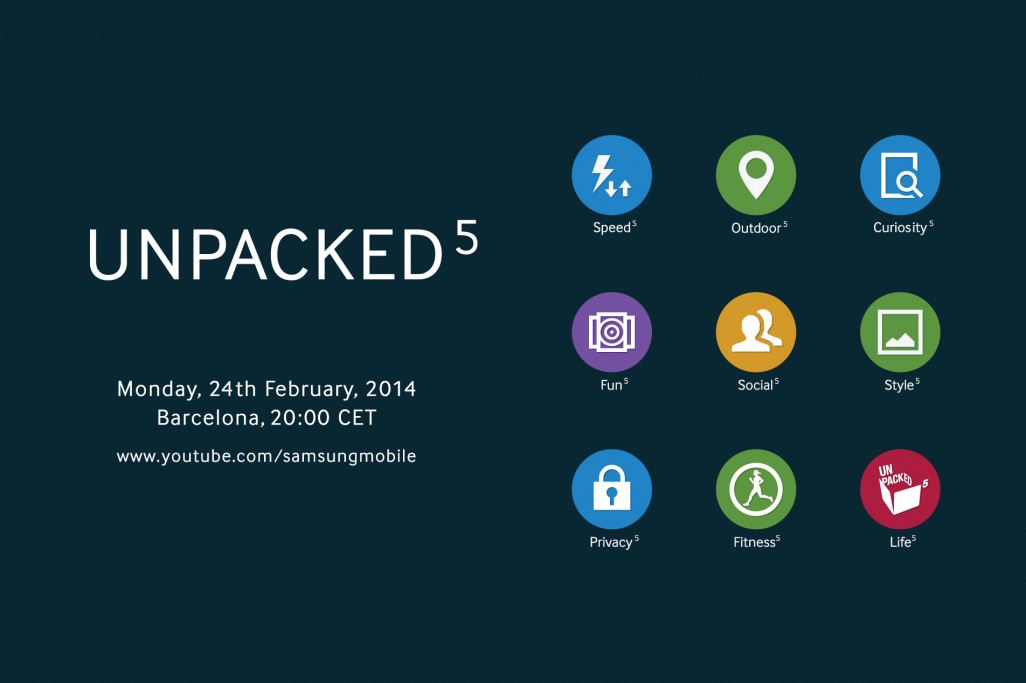 It is pretty common knowledge at this point in time that the new Samsung Galaxy S5 is going to be packed with a brand new user interface, however details on the actual new interface are still far and few.

We’ve made guesses at this point and have previously suggested that the new Samsung Galaxy S5 user interface will look a little like the Magazine UX currently seen on the TabPro line, except with a few adjustments to make it more suitable to a smaller smartphone screen.

We haven’t actually seen any renders or screenshots of the UI to confirm this, so until now it has all been speculation. However Samsung has just teased the Galaxy S5 by showing off a new image that seems to be hinting at the new UI that will be used on the 2014 flagship device.

The image has a simple navy blue background with nine different circular icons inhabiting the image. Each icon has a different attribute to it starting from left to right with speed, outdoor, curiosity, fun, social, style, privacy, fitness and life.

The image also has the ‘Unpacked 5’ logo, as well as the February 24th event date planned in Barcelona. The image is strikingly simple, and it hints at a much more basic theme and user interface, which may make give current Galaxy users a new level of freedom by clearing up the currently software overloaded TouchWiz UX.

I have a feeling Samsung may be taking a few design cues from the overly simple Windows Phone interface, as well as taking inspiration from the various magazine apps such as flipboard.

All will be revealed later this February at the Unpacked event in Barcelona – we’ll keep you updated as more news comes in before and after the event takes place.