Trending
You are at:Home»Gadget News»Oppo Find 7 Will Launch on March 19th in Beijing
By Gadgetman on Feb 12, 2014 · Gadget News 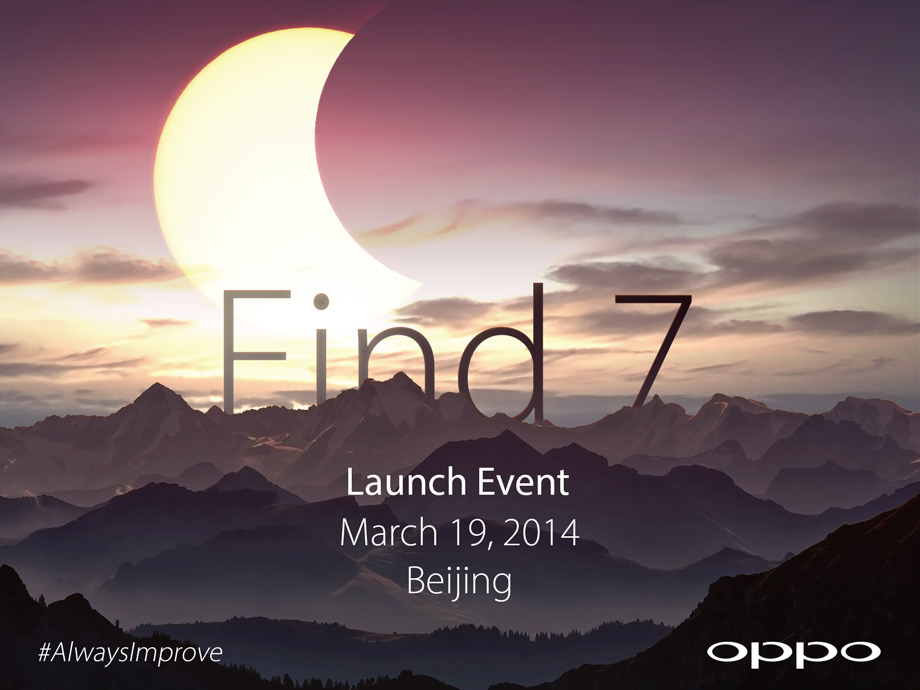 Oppo managed to successfully turn a few eyes in 2013, and it has lead them onto quite a good global position in the mobile industry. This year, Oppo have planned for a new flagship device, and it’s looking to be quite a beast. What I’m talking about here is the Oppo Find 7, the successor to the Find 5.

The Oppo Find 7 has just been announced to be launched at a Beijing event on March 19th, where it will most likely be met with a lot of critical praise. Oppo is a very popular rising manufacturer in China, so it’s understandable why such an event would be held at the country’s heart.

However, the western market has also been quite interested in the presence of Oppo, and it’s likely that the Find 7 will make it to Europe, North America, and maybe a few other regions as well, although that won’t be likely till quite a bit after it’s debut in China.

Whilst Oppo didn’t provide any more information when announcing the Find 7 reveal event, we do already have quite a good idea about what kind of handset the Find 7 will shape up to be thanks to all of the rumors.
According to several leaks, the Find 7 will come equipped with a high resolution Quad HD 2560 x 1440 display which is 5.5 inches in size. According to rumors, inside the handset, there will be a Snapdragon 800 chipset and 3GB of RAM,, which will be enough to give the Find 7 enough kick to deal with any tasks Android is capable of.
The primary camera will be 13 Megapixels, and possibly some software-side camera features. It’s unlikely that the Find 7 will have the same swivelling camera as the N1, and it’s likely that these features will stay exclusive to the ‘N’ range. Are you looking forward to the revealing of the Oppo Find 7, or do you think it lacks enough to make it stand out?