Trending
You are at:Home»Gadget News»Pictures Show Sony Sirius Next to Xperia Z and Z1
By Gadgetman on Feb 16, 2014 · Gadget News 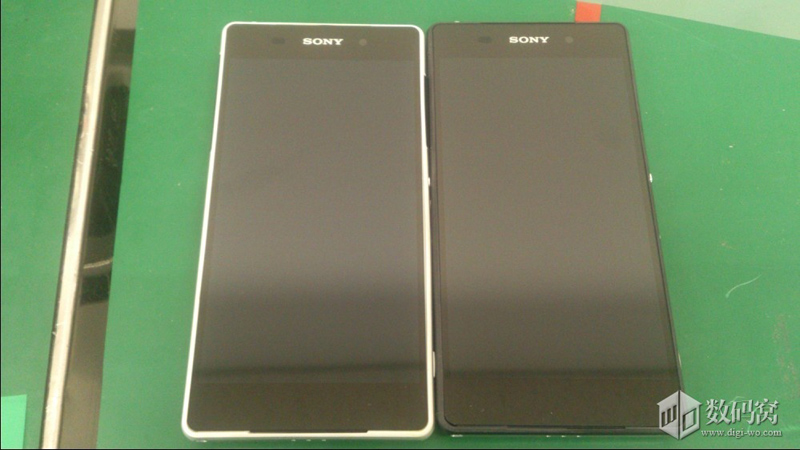 After countless hardware spec leaks, operating system screenshots, and whisperings of a new Sony flagship device named the Sony Sirius, you’ll be a bit of a fool to believe that the next device isn’t what we’ve all been hearing about. However, if you aren’t convinced that such a device is in the works unless you see physical evidence, we may have just the thing to show you.

A Chinese forum by the name of Digi-Wo has just had a forum user post up a couple of photos that clearly show a never-before seen Sony device, and at this point in time it’s pretty safe to assume the phone is the Sony Sirius, especially because this is what the forum members are naming it as.

The first photo shows both a black and a white version of the Sony Sirius, and it’s very clear that the same design thoughts that went into the last few year’s worth of Sony devices are still present on the new Sony Sirius. In fact, the Sony Sirius looks very similar to both the Xperia Z and the Xperia Z1, and this can be seen in the second picture, which showcases the Sony Sirius next to the last two year’s flagship devices.

Obviously the screen on the Sirius is slightly larger at 5.2 inches instead of the 5 inches on the Z1 and the Z, and this can be seen in the length of the handset. We obviously can’t see the hardware specs pictured, but it’s likely that the Sirius will come packed with 3GB of RAM, the Snapdragon 800 chipset with a 2.3GHz quad core processor, and the most interesting feature; a 20.7 megapixel primary camera, which has been rumored to be capable of recording smooth 1080P footage at 60FPS, as opposed to the previous year’s camera which could only record at 30FPS.