Trending
You are at:Home»Gadget News»Will HTC Make a Comeback in 2014? New Rumor Suggests More Marketing, New HTC Flagship and a Smartwatch This Year
By Gadgetman on Feb 9, 2014 · Gadget News 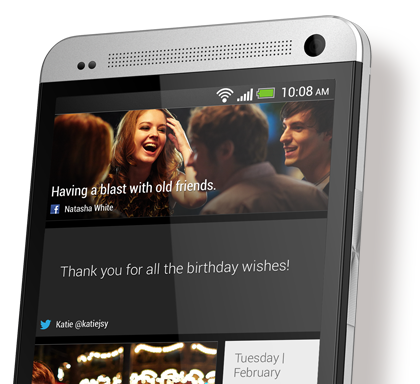 HTC is being picked on a little bit for being the next big smartphone manufacturer to make a tumble into decline, and although there has been financial losses, issues at the executive levels, and other problems, HTC aren’t giving up anytime soon.

In fact, 2014 may even be a turnaround year for HTC, most executives have stated that they feel “positive and optimistic about 2014 when compared to 2013,” in an interview with Bloomberg.

I would really think the industry could do with giving HTC another chance to shine, and hopefully this new year will prove that even after a fall, you can still continue on in the business world.

HTC Chairwoman Cher Wang has stated that HTC is gearing up for a very effective attack to make sure 2014 is more successful than 2013. One of the biggest strategies for this “attack” will be to put a strong focus on marketing, which is what truly left HTC out in the dark after Samsung took the main Android reigns.

HTC has never put that much into marketing, and it’s clear that marketing works, and it’s one of the main reasons why Samsung and Apple are so popular.

The second stage would be to introduce a new flagship smartphone to the industry, which Wang has stated will be an “updated” version of the HTC One in 2013. The third stage will be to release wearable device to land a spot in the inevitable future of wearable smart gear.
I have a feeling HTC will plan to release a smartwatch alongside the HTC One 2 flagship device, in a similar manner to Sony’s and Samsung’s recent efforts.
I’m not sure whether the introduction of a wearable device will do HTC any good, but it’s good to see them exploring new opportunities. I do think that new marketing efforts will help massively, though.