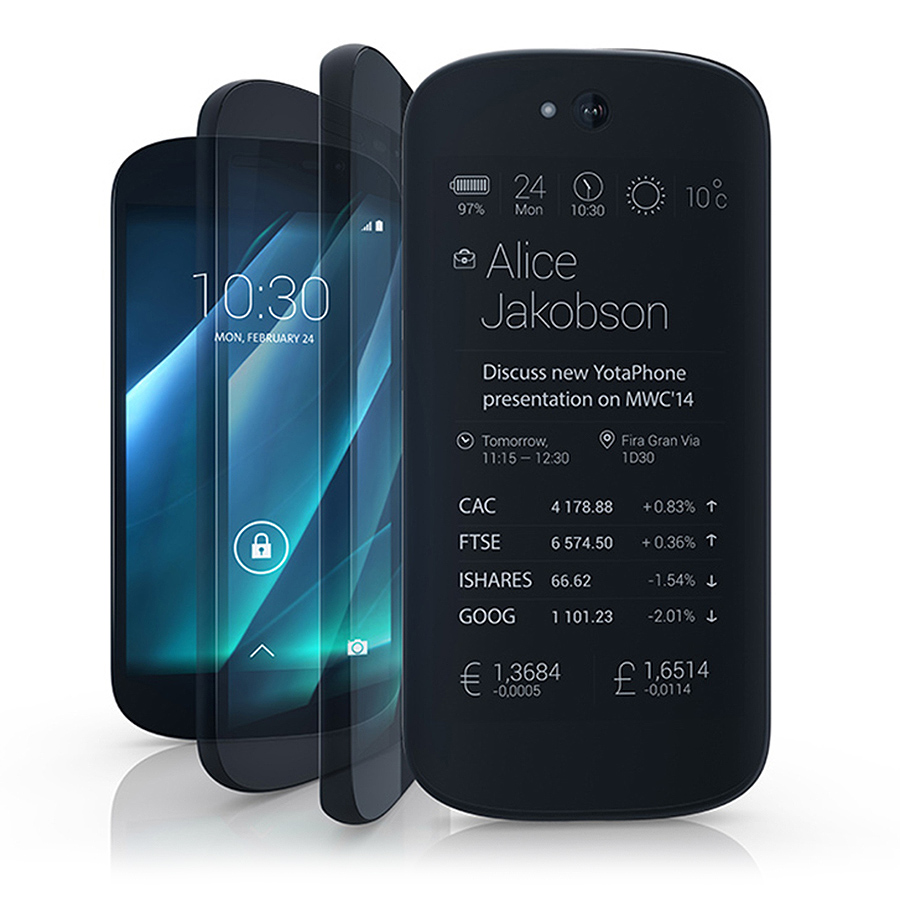 The YotaPhone was a very interesting design concept, however it lacked in hardware power, and it has since been neglected and unused by the general public. This year, the manufacturers behind the YotaPhone have looked at their mistakes and worked on improving them by releasing a much more appealing followup device.

The YotaPhone 2 has just been showcased at MWC 2014, and our first impressions of the device are generally quite positive.

The idea behind the YotaPhone concept is a little different to the standard Android smartphone. It has the capability of any Android device, however it also has an E-ink screen on the back of the device to double it up as a low-powered E-reader.

This year, the YotaPhone has excelled well, and inside the hybrid device, there is a Snapdragon 800 with a quad core 2.3GHz CPU inside, 2GB of RAM, and a decent full HD 5 inch Amoled LCD display on the front. On the back, the E-ink screen is a 4.7 inch qHD display, (960×540) making it nice to look at for pretty much anything, instead of just reading.

The E-ink display also supports capacitive touch, allowing users to quickly check notifications and other information on it, instead of wasting battery by switching in the LCD display on the front.

The YotaPhone 2 actually looks like a very attractive device, too, and it’s clear to see that there has been a huge change in focus on the phone.

The device also comes with an unmodified version of Android 4.4 KitKat, and it will be rolling out globally throughout the rest of the year.

I’m actually very interested on getting my hands on the YotaPhone 2 – it’ll be interesting to test the functionality of the E-ink display. Even if the device is mainly targeted at artists, readers and designers, I think the device could eventually appeal to a much larger audience.