Trending
You are at:Home»Uncategorized»IBM Predicts Next Five Years
By Gadgetman on Dec 25, 2010 · Uncategorized 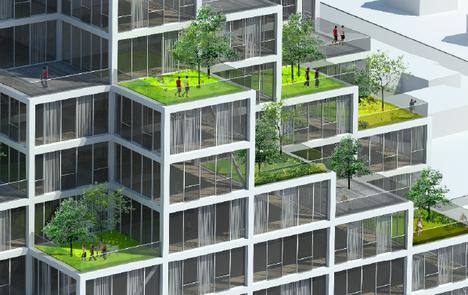 This week IBM released its annual “Next Five in Five” list of technological innovations expected within the next five years, and the list do look attractive!
One of the first predictions made by IBM is advances in transistors and battery technology that will last ten-times longer than that of today. According to IBM today’s lithium-ion batteries could be replaced by batteries that use normal air to react with energy-dense metal, eliminating a key inhibitor to longer lasting batteries.

IBM mentioned that in some instances batteries may disappear in all. According to the company some wristwatches today require no winding and are charge-based on the movement of an arm. The same concept could be available in some devices in the near future.

Another invention, developers are currently busy working on, include personalized commutes. Adaptive traffic systems may soon intuitively learn a traveler’s patterns and behaviors to provide more dynamic travel safety and route information. The technology will be more advanced than any of the technology available today.

IBM expects that within 5 years, sensors in a vehicle, phone or even your wallet, will collect data that will provide you with a picture of your environment in real-time as you travel.

Another prediction is that scientists will find improved ways to better recycle heat and energy from data centers. According to IBM, up to 50% of energy consumed by modern data centers goes towards air cooling. The majority of the heat is wasted as it is simply dumped into the atmosphere.

IBM said new technologies such as novel on-chip water-cooling systems developed by IBM, the thermal energy from a cluster of computer processors can be efficiently recycled to provide hot water for an office.

Those interested in viewing a video of the new predictions list can view it online at: www.youtube.com/watch?v=anKiEoxkpxM