Trending
You are at:Home»Uncategorized»More Chinese Expected to Access the Internet with Mobile Phones
By Gadgetman on Dec 23, 2010 · Uncategorized 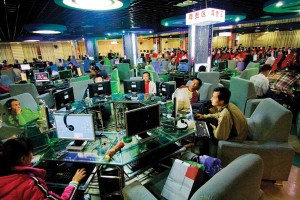 Smartphones have become a cost-effective alternative to millions of Chinese Internet users who cannot afford a laptop or personal computer. This is clear from the 842 million mobile users in the country.

According to research conducted by Beijing-based research firm, Analysys International, mobile device sales have been sluggish when only 21 million smartphones were sold in 2009. This figure, however, almost tripled to 62 million sales in 2010. The company expects that the number may grow to an estimated 95 million sales in 2011.

A number of analysts attribute the rise in sales to China’s growing 3G services, which were only launched in 2009 in the country. A large number of cost-effective smartphones were also introduced to China, some as low as $150 per device.

As with any other country, the prices of smartphones will also drop even further in coming years, according to Kai-Fu Lee, former head of Google’s China operations. According to Lee, next year will see cheap smartphones that approach the quality of Apple’s iPhone. He mentioned that device prices will drop to an estimated $75 by 2012.

At these low prices, the general population, including blue-collar workers and farmers, will have access to smartphones.