Trending
You are at:Home»Uncategorized»Sony May Buy Back Toshiba Chip Line
By Gadgetman on Dec 23, 2010 · Uncategorized 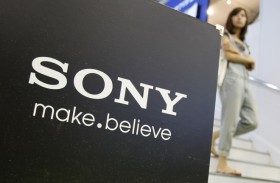 It has been reported that Sony Corp is in talks with the aim of buying a Japanese microchip production line from Toshiba Corp for an estimated $598,000. According to Sony, the acquisition will boost its output of chips for cameras and mobile phones.

Sony sold the facility to Toshiba for 90 Billion Yen back in 2008 as part of its ‘asset light’ strategy at the time.

According to Sony the company is now focusing on raising its CMOS sensor production capacity due to brisk demand for digital cameras and smart phones. According to Hiroshi Yoshioka, Sony is in the process of deciding how to cover a shortage in CMOS sensor output capacity.

According to a report in the Nikkei Business Daily, the acquisition would double Sony’s image sensor output capacity to the equivalent of 40,000 silicon wafers a month.

It was confirmed that Sony still owns the factory in which the chip line is housed.