Trending
You are at:Home»Android»Top 5 must have Android apps
By Gadgetman on Dec 28, 2010 · Android 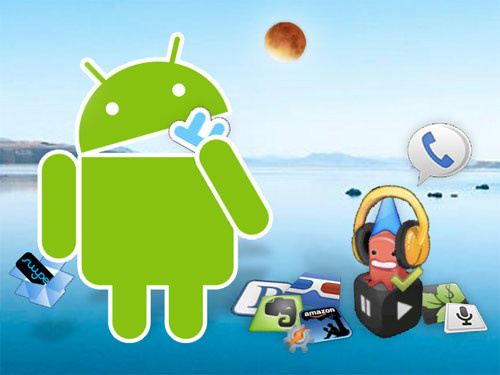 Android is a great operating system, which can easily rival the iOS and the new Windows Phone 7, and can do anything the user wants it to do. The possibilities are very extensive, and you could probably accomplish anything you can do on your desktop PC with an Android device.

There are already over 100,000 apps on the Android marketplace – a mind-boggling number, really, considering that only about 1 percent of them will ever be used by the big majority of Android phone owners. It’s certainly good to have a choice, though.

The default installation of Android on most phones is, well, pretty standard. You get the usual Chrome browser, messaging and social apps, some apps to open documents and a few other programs for day to day use. But most of the times, they’re not really good.

With that in mind, I’ve made a list of some of the best apps for different purposes that you simply must have on your Android smartphone for the best experience. Here they are:
Dolphin HD Browser. While the default Web browser is pretty good, Dolphin HD simply blows it out of the water. It has so many more features that you’ll start to wonder how you could live without it before. It has excellent tabbed browsing, support for Flash inside the browser, support for plugins (which can extend its functionality by quite a lot) and themes, and much more. You should definitely use it instead of the default browser, as it’s simply so much better!

Google Maps. Google Maps is a must on any smartphone running Android. Why it still doesn’t come as a default app on a lot of phones is a mystery, but thankfully, you can always install it from the Android Market. With Google Maps, you can always know where you are and how to get to your destination. You can use it while walking, using public transport or inside your car. The latest version also features vector maps, which means that the street maps take much less time to load and the navigation can work even if you’re disconnected (a vector map of a whole state can have the same size as a usual city map in Google Maps!).

Winamp. Winamp is simply the most advanced and yet easy to use music player for Windows and now Nullsoft, the company behind it, has released an Android version, which is better than most other players by a mile, especially considering it’s free. With Winamp, you can listen to all of your songs (a library of 1000 songs loads in a few seconds!), sort them by artist, album, song name, playlist and other factors. The search and queue features work very well in conjunction when it comes to finding and creating a playlist of only a handful of songs. In short, Winamp is the best player for Android, period.

Advanced Task Killer. While multitasking is great in Android, sometimes it can be a bit problematic, especially if you have a few dozen apps running at the same time. Android manages them pretty well, but if you want more control or performance, you’ll have to manage the running apps and processes manually. Advanced Task killer allows you to do just that.

Facebook. Of course, no smartphone should come without an app for the biggest social network. The official app works very well and allows you to easily do everything you want on Facebook, including playing games on Android 2.1 and 2.2. If your phone doesn’t have it by default and you’re using the network, be sure to install this app!

There are many other great apps you can find on the Android marketplace, but the above ones are definitely in the must have category, as not having them seriously limits the ability of your smartphone or tablet. Be sure to give them a try whenever you can.