Trending
You are at:Home»Uncategorized»Your Favorite Comic Strips on Your iPad with The Funnies
By Gadgetman on Dec 26, 2010 · Uncategorized 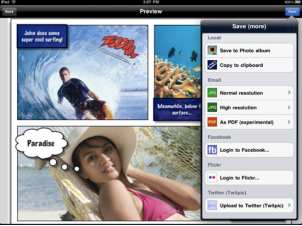 AFK Studios has announced the release of its new app, The Funnies, which will allow users to enjoy their favorite comic strips and editorial cartoons on their iPads.

According to the company, The Funnies provides users with access to more than 360 strips. The available comics list updates automatically over the Internet. The strips themselves update automatically when a new issue becomes available.

The Funnies comes equipped with a feature with which users can share strips on social networks, such as FaceBook, Twitter or by means of e-mail.
The App is available in the app store at a cost of $5. It requires an iPad running on iOS 4.2.1 or higher.