Trending
You are at:Home»Uncategorized»BlackBerry to Filter Internet Pornography in Indonesia
By Gadgetman on Jan 11, 2011 · Uncategorized 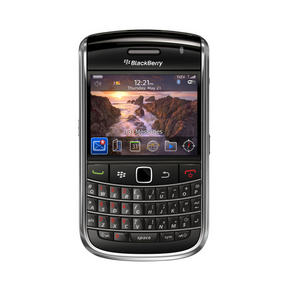 Research in Motion (RIM), makers of the BlackBerry, confirmed today that it will filter pornographic Internet content for its BlackBerry smartphone users in Indonesia. The announcement comes after continued government pressure on the company to stop access to pornographic content or face its browsing service being shut down in the country.

Indonesia currently has around 2 million BlackBerry users and has also requested RIM to open a local server, part of demands by a number of countries in order to gain access to its encrypted user data.

Research in Motion said in a statement that it shares Minister Tifatul Sembirings’ sense of urgency on the matter and it is fully committed to working with Indonesian carriers in putting in place a prompt, compliant filtering solution for BlackBerry subscribers in the country as soon as possible.

Indonesia is one of Research in Motion’s faster-growing markets, with an estimated gross domestic product growth of 6%.

The BlackBerry device has for long been known for its system security and a compromise to government agencies under pressure could damage the device’s popularity amongst business, banking, financial and political professionals making use of the device, especially due to its security.

The anti-porn law was passed in 2008 in Indonesia and has been seen by many as the growing influence of conservative Islam in policy-making. Sembiring’s calls for more Internet censorship have caused a public outcry in Indonesia.

Many analysts speculate that RIM’s move in censoring the Internet may lead to a demise in its popularity in Indonesia and may lead to the company losing a large number of active users of the divice.