Trending
You are at:Home»Android»Plex announces new application for Android
By Gadgetman on Feb 16, 2011 · Android 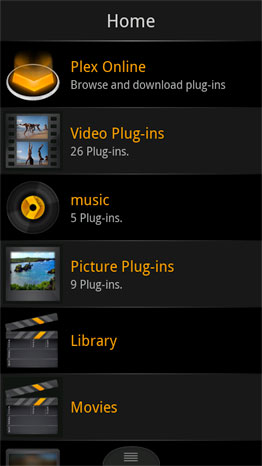 On February 16, 2011, Plex announced a new application for Android devices that will turn them into a portable media center. The application is a downloadable media center that has been designed for Android mobile devices. Plex states that the application enables users to download their Plex media server content in its entirety. Designed to let users organize their full content including their favorite television shows, films, music and pictures Plex lets Android users access more than 200 online sources that provide streaming, online content including CNN, Netflix movies and PBS television show.

CEO and cofounder of Plex Cayce Ullman stated, “Current media center technologies tend to be focused on a single device for managing and consuming content. Plex enables and encourages users to access their media in a unified fashion across a range of devices and multiple form factors. We started Plex in order to fill a need – making access to digital media fun and simple.” It’s that ease and convenience that has many thinking the new Plex application will be in hot demand this year. The application is inexpensive and costs less than $5.00.

Cayce Ullman continued, “Releasing the Android app is a crucial step to expanding the availability of the Plex platform to users worldwide via their existing devices.”