Trending
You are at:Home»Android»Android 3.0 Honeycomb features overview
By Gadgetman on Mar 18, 2011 · Android 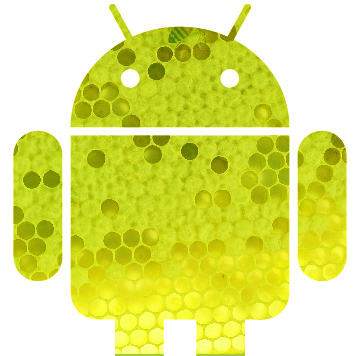 Android Honeycomb is the name for Android version3.0 which is a tablet operating system, designed on an open source platform. The system was developed on a modified version of the Linux kernel. In 2005, Google purchased Android and now it is an important aspect of Google Inc.’s operating systems.

You’ll find that there is a big difference between Android Honeycomb and previous versions as the previous versions weren’t suitable for use with tablet pcs, thus the need to tweak and build upon the Android platform. Android Honeycomb brought a highly detailed and interactive user interface display to large screens. The user interface consists of multi panels, grids with widgets and icons, and is extremely interactive.

The new upgrade makes it easy for tablet users to find their icons and control their applications with a light touch. There are five customizable home screens to ensure that users can have the application they want, when then need it. In fact, you’ll find that Android Honeycomb was specifically designed and tailored for large screens. Users find that Android Honeycomb brings a wide array of visual enhancements such as 3D capabilities and is easy for users to customize as well as navigate.

One of the best features of Android Honeycomb is the new connectivity options. Users can access media/picture transfer protocol for an easy way to connect their media files with USB storage devices. Other options include connecting keyboards with USB and Bluetooth enabled devices. The ability to connect with Bluetooth expands the options that Android based devices can perform. Android Honeycomb has expanded the capabilities of many mobile and tablet devices to ensure that users can conduct their online activities with ease and convenience.