Trending
You are at:Home»Android»Can’t run your favorite apps on Honeycomb – try switching the interface to Gingerbread
By Gadgetman on Jun 23, 2011 · Android 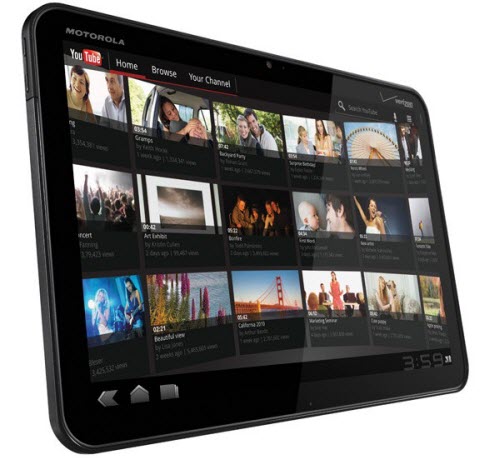 Android version 3.0, code named Honeycomb, has been around for a while now, and it has brought a lot of improvements with it, mostly in the user interface area, which is now better than anything on the market – it’s got both the simplicity of the old touch interface and added beauty and complexity for those who want it. Compared to Honeycomb, the iPad’s OS and huge icons look a bit outdated (which is not surprising, since that interface was made originally for the iPhone and for extreme simplicity).

As with any major changes in other operating systems, the new Honeycomb has a few problems of its own, with the biggest one being the lack of properly optimized apps on the Android market, despite Google incentivizing developers to create them and port existing one.

The main reason for this is the lack of a big user base for tablets running Android 3.0, so few people are interested in creating a new interface with the new API for just a few thousand people. Of course, most major developers are already updating their apps, but the process is going to take a while. Until then, Honeycomb tablet users are pretty much stuck with their favorite apps not running or if they’re lucky, running with a lot of problems on their big screen.

But a recent discovery may have brought a (temporary) solution to this problem. A few intrepid developers and tinkerers have discovered that Honeycomb actually still has the old Gingerbread interface tucked away inside the OS. This shouldn’t come as a surprise, as Honeycomb was supposed to be the OS that works on both smartphones and tablets, with different user interfaces, but apparently Google hasn’t finished the project completely before releasing it, so the feature was quietly hidden and will officially exist only in the next version, code named Ice Cream Sandwich.

If you have a tablet with Honeycomb, but you just can’t live without your favorite Android apps, switching to the old interface may be the answer for you, at least until the developers update their app to work with the new UI.

Doing that is very easy – you just need to change a setting in an Android system file, but if you’re not very tech-savvy, you can let one of the few apps on the market do it for you – LCDDensity for Root is a good example. You will have to root your device first, though (which again, can be done using a third party app without any issues).

The setting in question is the screen Dots Per Inch, or pixel density value – basically, you’ll be making the OS think it runs on a small screen with a high density, which in most cases, means a smartphone. That will prompt it to switch the Gingerbread UI upon restart and until you change the setting again.
Sure, this isn’t the best solution, as you’ll lose all the advantages and coolness factor of your Honeycomb device, but it’s better than nothing if you want to run some apps that are not compatible with the new interface. Good luck!