Trending
You are at:Home»Android»5 great apps for Android you should try out today
By Gadgetman on Oct 25, 2011 · Android 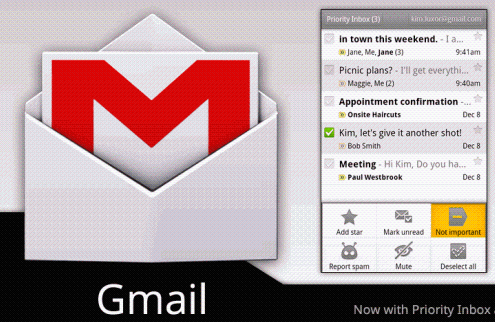 Until pretty recently, only the iPhone had a large selection of high quality apps on it’s marketplace. Windows 7 Phone, Blackberry OS and WebOS never came close to having a marketplace that could rival that of the iPhone. The main reason is that those companies never got what Apple has – user loyalty.

But the Android operating system, pioneered by Google and now owned by OHA (Open Handset Alliance) – a consortium of some of the largest telecommunications companies and electronics manufacturers, including HTC, Motorola, T-Mobile, eBay and many others – can definitely succeed where the others fail.

Android has 2 things going for it – the loyalty of its users and developers plus an open source code and structure, which gives people another important reason to choose it – freedom of choice. The Open Handset Alliance, which currently owns Android is encouraging developers to do the same, so most of the apps on the marketplace are open source and a lot of them are also free (as in free beer, as Open Source enthusiasts would say :-).

Technically, they are unable to keep the code closed, as the Android operating system itself is based on Linux, which, due to its GPL license, can not have any derivatives with closed code.

So, if you’re planning to buy an Android phone or tablet, you can be assured you’ll have access to plenty of free and paid apps that will do practically anything you want. Right now, let’s take a look at some of the best apps available on the Android marketplace.

Google Apps (Gmail, Calendar, Docs, Voice and others). One of the biggest reasons why a lot of people choose Android is its full integration with Google’s Apps, which have become an indispensable part of our lives and business practices. Being mostly developed by Google, Android has been closely integrated with all the available apps and the developers have ensured that the user will have the best experience possible.

You can sync your contacts and calendar data between your Google accounts and your phone, use Google Voice to read transcripts of your voice messages, and replace Word with Google Docs, which allows you to create any documents in most formats – all from your Android phone, anywhere you are. Plus, your data is safely stored remotely on Google’s servers, so you always have it when you need it.

NESoid – Nintendo ROM Emulator. If you enjoyed playing Nintendo games when you were young and want to bring back the 8-bit experience, you’ll love this app. It allows you to recreate a full retro Nintendo gaming experience on your Android phone, which will help you pass time when you’re bored, waiting in line or just have nothing else to do. All you have to do is get the ROM’s from various online sites (they’re free) and load them up.

LauncherPro. The lack of customization for the iPhone is a frequent complaint of its users. Due to its closed nature, you can’t really modify anything significant (unless you jailbreak it, and even then there are limitations). That is not the case with Android. You can modify and customize anything and everything to your liking. You can even rebuild the whole OS with different file systems and scripts that can make it much faster. This is all possible because of the open source and very modular Linux core. But, for most users, the interface and home screen customization is more than enough. LauncherPro lets you do just that. You get much more control over how everything is presented on your home screen, and you can create your own layouts and skins or use existing ones, made by other users.

Quake 3 Arena. Like the Nintendo emulator, only much better (in my opinion). The full version of Quake 3 Arena in your pocket! I’m sure a lot of people remember their youth and playing this game on LAN with friends or with AI opponents and thinking it’s the best shooter ever. Now you can have it always with you on your Android phone, with excellent desktop graphics and sound that will make you want to play for hours. The only drawback is that you’ll need a phone with a hardware keyboard and an optical track pad is very desirable for mouse replacement – the G2X is a perfect phone for this task, for example, but you can play it well on other devices, as well.

Android Wifi Tether. This is by far the best and pretty much the only app for tethering your Android phone with your laptop, tablet or computer for wireless internet access through your 3G data plan. You can use your phone’s Wifi, USB or even Bluetooth adapter for the task – and all you have to do is setup the 3G connection and tap the home screen of the app!

Things are heating up on the mobile market, but Android seems to be doing very well – it’s the number one OS by the sheer number of sales, and it’s on the right track with the user interface, developer API, monetization and features – I’m pretty sure Ice Cream Sandwich will be even better than Honeycomb and Gingerbread combined.