Trending
You are at:Home»Android»How is Android 2.3 Gingerbread better than its predecessors and why you should upgrade ASAP
By Gadgetman on Oct 17, 2011 · Android 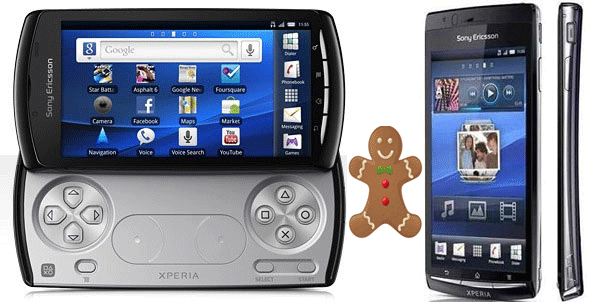 The much awaited Android Gingerbread has been officially out for a while now, to the joy of hundreds of thousands of avid fans and developers worldwide. The new OS has a lot of great new features and improvements, but of course, it’s nowhere near the all-OS killing level that many have predicted – that fame will go to Ice Cream Sandwich. It has a decent amount of innovations and unique features, enough to easily compete with iOS 4 and 5, at the same time :-).

The first and most important thing that has changed on the surface is the user interface, which has become sleeker and got a lot of small details that will make your everyday use better. The new default theme features dark tones and less 3D effects, instead going for a classier look with more 2D surfaces. Some may not like this, but you should remember that it’s Android and you can always change your theme and interface however you want (even turn it into an iPhone or Windows Phone 7 copy!).

The keyboard and text input has also improved, although not at the level that many were expecting after Google acquired Blindtype, a revolutionary text input/correction app (and no one seems to know what happened to them after they sold out). The default Android keyboard has been redesigned and optimized for faster typing, with the keys having better colors, and the text suggestions being white on black, which really helps. You can also correct mistakes using your voice or by selecting a word using your fingers. By the way, the same features have been added to the default browser, so now you can select, copy, and paste any text without having to go into the menu first.

The developers have also worked out a better power management app, which is much stricter with runaway apps or apps that run in the background and use a lot of power. Now you have an advanced power manager where you can see how your battery is being used and for what. You also have an integrated task manager/killer, which you can use to close any apps that you don’t need and that are taking up resources (it should also work better than third party ones, seeing as it’s integrated into the OS and all).

The download manager has received a much awaited update – you can now open the files you downloaded, open the folder they’re in (using an integrated file explorer), or delete them right from the downloads window. This is very useful, especially when you download a lot of files from the Web. On previous Android versions, you had to use a third party app to do all those things.

Other useful additions include hundreds of bug fixes and hardware drivers’ updates, which will make your device more stable and faster, support for VoIP calling using the networks SIP technology, which will reduce call costs and network loads, and support for Near Field Communications and gyroscope sensors.

The NFC can be used in the future for credit card payments, business card transfers and any secure wireless transfer of any data, though the technology isn’t widespread yet, but it’s slowly being adopted by more and more companies. The gyroscope support adds yet another layer of phone interaction with the environment, and can, for example, make the switching between landscape and portrait modes faster and measure levels when taking photos.

Overall, the new Android 2.3 Gingerbread is a pretty good step forward for the mobile OS, and will benefit a lot of users. Most of the new smartphones come with it preinstalled and many older models have already received an update – there’s definitely no reason not to apply it, and if your manufacturer or network left you out cold, you can always go to XDA developers to check for a custom Gingerbread ROM – even the locked Milestone got one, and the new OS is definitely worth the trouble!