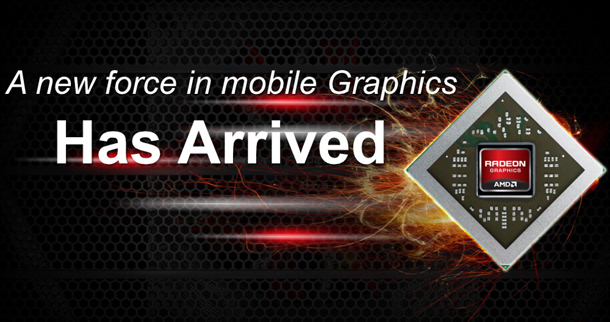 The more powerful a GPU is, the faster it drains your laptop’s battery – this is an unshaken norm and something we’ve eventually gotten used to especially with gaming laptops where they’re most needed. Today we’re seeing AMD launches a new range of mobile GPUs that will change our perspective. Radeon HD 7000M are GPUs that deliver powerful performance without compensating battery life.

AMD’s latest generation graphics cards are manufactured at 28nm Graphics Core Next (GCN) architecture. This type of structuring significantly increases performance-per-watt ratio compared to previous attempts. As a result, the Radeon HD 7000M series offer better power management than its predecessors. Performance is also optimized by this structure. HD 7700M, 7800M, and 7900M will be appearing in laptops soon and starting today, 7970M will be an available option for gaming laptop Alienware M17x.

The benchmark test was performed on a Sandy-powered Intel laptop and not on AMD systems. Mind you, GTX 675M is a non-Kepler graphics card with an increased clock speed. This goes to show how superior HD 7000M GPUs are. And might I just add that HD 7800M and 7700M performed well too. Under the same settings and circumstances as the 7970M benchmark, they respectively scored 41.4fps and 36.9fps.

On top of the aforementioned improvements, the 28nm manufacturing process enables these GPUs to automatically shut down several cores to reduce power usage. They could also switch to integrated graphics intelligently. Whenever the integrated GPU is used, AMD says their new line of graphics cards will shut down completely and cut off power consumption. We’re expecting to see Radeon HD 7000M series in more than 200 laptops within the year.