Trending
You are at:Home»Android»Download and install MIUI home launcher on your Android – ICS only
By Gadgetman on May 4, 2012 · Android 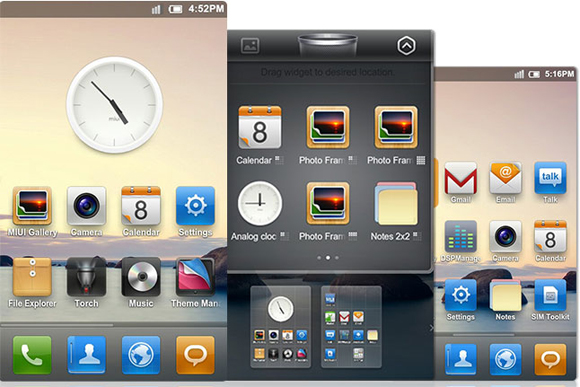 One benefit of installing custom ROMs on your Android is the replacement launcher. It’s not true for all but most custom software have one. Home launchers change the look and feel of a phone’s Homescreen and Apps Drawer. In case you’re unaware, flashing custom ROMs will break the warranty of your device but there are alternatives. Home Launchers are available as free or paid downloads at the Google Play Store and the internet and they won’t affect phone warranty. If you happen to fancy MIUI, its launcher can now be installed on all Android devices running Ice Cream Sandwich.

The only way to get your hands on the CM9 launcher would be to install Cyanogenmod 9 itself. Luckily for CM9 fans, a slew of app developers mimicked the CM9 launcher. But with MIUI, the story is entirely different because no dev managed to port its launcher to Android devices – until today that is. The official MIUI launcher is now available for download at XDA and brings much more than one might expect.

How to install MIUI Launcher .apk on your phone

You can change themes by selecting “Themes” from the Home Screen. Themes can also be downloaded there. Users have more than 8,000 themes to choose from online. If you want to switch home launchers, launch the Home Manager we asked you to download earlier from Google Play. It lets you set and switch default launchers easily.