Trending
You are at:Home»Gadget News»Leap Motion gesture control – more accurate and precise than Kinect for Windows
By Gadgetman on May 26, 2012 · Gadget News 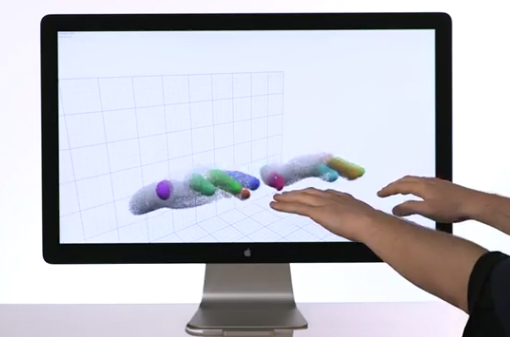 Buzz about the Leap controller spread like wildfire this week. Leap Motion was responsible for the device which was a gesture-based motion control similar to Microsoft Kinect. According to the company, it is 200 times more accurate than similar technologies of today.

While it belongs to a completely different category, we have to say it reminds us of Satechi’s Bluetooth Media Remote with respect to dimensions. Both are about the same size and shape. Leap is noticeably thicker though but this shouldn’t be a problem since it’s not a hand-held device. Instead, you attach it to your computer via USB. Once connected Leap will create an 8 cubic foot virtual space where all of your 10 fingers can be simultaneously tracked within 1/100 of a millimetre. It sounds gimmicky but it’s totally real. Such accuracy enables you to do things like manipulate 3D-rendered objects all the way to pinch-to-zoom.

According to Leap Motion, Leap is based on an optical system which detects and tracks your fingers with infrared LEDs and cameras. Your fingers need to point at the device though in order for it to work. Apart from this highly advanced feature, Leap Motion says it has a low latency system for delivering optimum performance and zero perceptible lags. It will work on almost any device that has touch drivers on board, whether they are touch screens or trackpads. On top of that, it is backwards compatible to Leap Motion’s existing line of applications.

Even more surprising than news of a precise and accurate motion control is its $69.99 sale price. It’s a bargain considering the technology it has. Leap is currently available for pre-order but it won’t be available until winter. If you want to be among the first to get it, better get pre-order now since stocks are limited.