NVidia Shield for Android games
Our Tech Digest brings you the latest news and updates from the wonderful world of technology and gadgets. There’s always something new being announced or released every week, so there’s a lot to keep track of. Here’s today’s pick of the top gadgets and accessories you should know about: 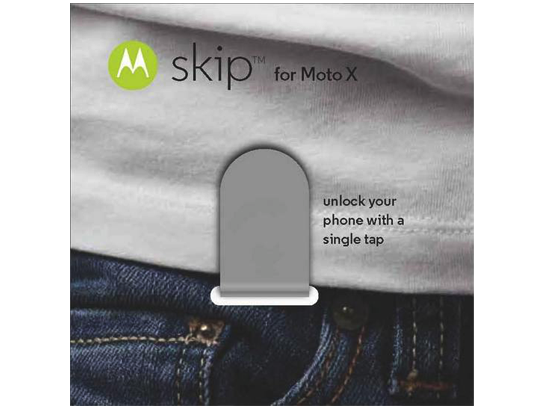 The Moto X is only about to be released, but Motorola has already announced a new accessory that will go perfectly with the phone – the Skip. Behind the simple name hides a simple yet very original and potentially useful gadget that lets you unlock your phone by simply tapping it to the accessory. The Skip basically has an NFC tag tucked beneath its skin, so after an initial pairing, your phone will be unlocked each time the two devices come extremely close.
The gadget costs $19.99 or comes free if you order through Moto Maker, and can be quite useful – you can set a strong PIN or password on your phone without having to enter it each time you need to use it – just tap it on the Skip, which can be clipped anywhere on your clothes and be invisible.

TYLT’s new PowerPlant may be the single best portable battery pack on the market. It packs a whopping 5200 mAh battery (which is slightly more than the standard 4800 mAh 6 cell laptop battery!) inside a housing that’s only 78x44x33 mm (although it’s heavier than it looks at 150 grams). That’s more than enough juice to recharge your iPhone three-and-a-half times or your Galaxy S4 twice, or provide a full charge for most Android tablets or a 5% charge for the iPad 3 (which has by far the largest battery of any tablet, it’s even larger than that of the MacBook Air!). Too bad it can’t charge an actual laptop, but at $65 for the basic USB port + built in micro USB cable version, it’s a gadget worth looking at.

The Shield is a rather niche device, but if you want to be able to play the ever growing collection of Android games on the go using a controller that is just as good as what the PS3 and Xbox 360 have to offer, this is the portable gaming console to look at. Sure, it’s bulkier than the PS Vita and at $350 it’s not exactly cheap, but the tech specs are impressive – NVidia Tegra 4 with a custom 72 core GPU and 4 core processor, a 5 inch 720p HD touch screen, a great pair of speakers, Wifi, Bluetooth and GPS, and 16 GB of onboard storage space plus a micro SD card slot.

This Crossbow is in fact, not of the arrow shooting kind – it’s a smartwatch made by the Swiss company Hyetis, which somehow acquired Nokia’s PureView technology or a clone of it and integrated it into a rugged watch that is supposedly to be used for active sports (or worn as a fashion accessory).
The Crossbow is made of titanium, is waterproof up to 250 meters, can record HD video and audio and has a slew of sensors that even Bear Grylls would find useful: temperature, altitude, depth, as well as a GPS, Bluetooth and Wifi radios. Right above the screen is an analog clock, which seems a bit redundant, but looks rather nice. The price will turn away the casual buyer, though: at $1200, it’s no item for the average Joe – Oliver Queen on the other hand, might like it.

Orbotix’ Sphero 2.0 is a phone-controlled robotic ball that rolls at 7 feet per second

The Sphero 2.0 is less impressive than the other devices on this list, being a simple ball that rolls around, but it can be a pretty good companion for those who are often bored and are tired of the games on their smartphone. The Sphero 2.0 is controlled via Bluetooth and can roll at up to 7 feet per second – that’s really impressive considering it’s no larger than the iPhone 5.

If you want to stay up to date with stuff that really matters in the tech world, be sure to check back often for the latest content and updates.