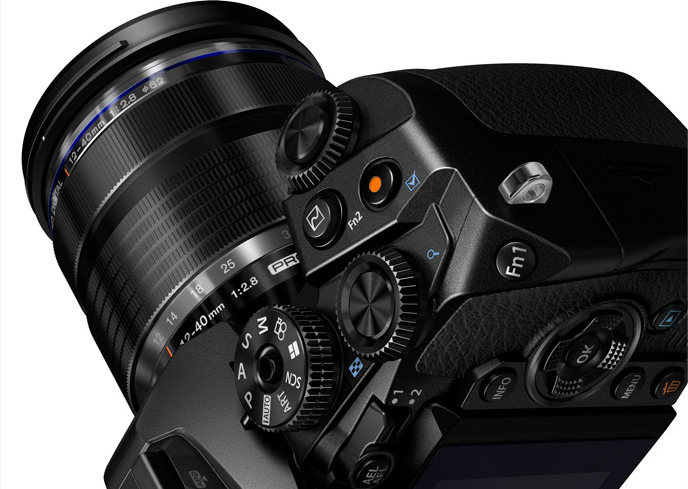 This new Compact System Camera is a successor and upgrade to the very popular OM-D E-M5, which is on sale since 2012 and has a lot of new features according to the mingthein professional review.

There are no big surprises in specs, and the main features of the OM-D and EM1 are: the new Live-MOS 16MP sensor with on chip AF phase detection, new image processor (TruePic VII), no AA filter, 10fps in AF-S mode, 6.5fps in AF-C tracking mode together with the PDAF system, and 40 RAW frames buffer at 10fps, or 51 RAW frames at 6.5fps.